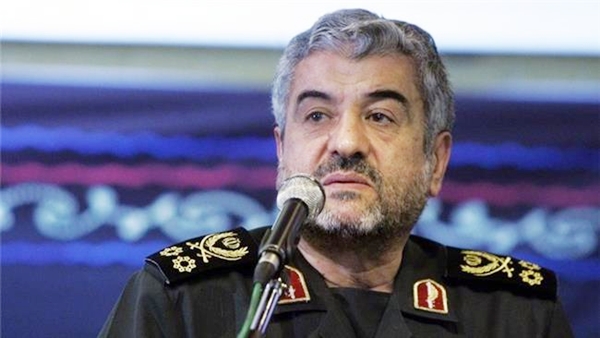 A senior Iranian military official says the Islamic Republic will continue to support the Syrian government in its fight against terrorists, warning that Iran will never allow the disintegration of any Muslim state.

“We will continue to support the survival of the Syrian government [in its fight against terrorist groups] and its sovereignty and territorial integrity and will never allow any partitioning of any of Muslim territories,” Major General Mohammad Ali Jafari, the chief of the Islamic Revolution Guards Corps (IRGC), said on Tuesday in a meeting with IRGC commanders.

“We view disintegration as a British-American-Zionist strategy, therefore we will never allow any weakening of Muslim nations,” he added.

Opponents of the Syrian government have on several occasions floated the idea of the partition and federalization of Syria as the solution to the crisis in Syria.

Ram Ben-Barak, the director general of Israel’s Intelligence Ministry, called on February 14 for the partition of Syria along sectarian lines.

“I think that ultimately Syria should be turned into regions, under the control of whoever is there – the Alawites where they are, the Sunnis where they are,” Ben-Barak said.

Militancy began in Syria in March 2011, and has, according to the so-called Syrian Observatory for Human Rights, killed at least 270,000 people. Some reports, however, put the death toll at as high as 470,000.

The United Nations has appointed several special envoys for Syria over the course of the conflict in the country. Italian-Swedish diplomat Staffan de Mistura is the latest person to serve in the post.

General Jafari also said Iran will continue to develop more missiles as deterrence against enemy threats against the Islamic Republic.

“Our missiles that have become more precise and more destructive will be multiplied more than before,” he said.

“Before being ready for political and diplomatic options, we have become ready for [facing] the military option,” he added, noting that Iran would never “welcome” any war.

The IRGC successfully test-fired two ballistic missiles on March 9 as part of military drills to assess the IRGC’s capabilities. The missiles dubbed Qadr-H and Qadr-F were fired during large-scale drills, code-named Eqtedar-e-Velayat.

The United States claims that Iran’s missile tests violate the UN Security Council Resolution 2231 that endorsed a nuclear agreement, known as the Joint Comprehensive Plan of Action (JCPOA), reached between Iran and the P5+1 group of countries – the five permanent members of the UN Security Council plus Germany – on July 14, 2015.