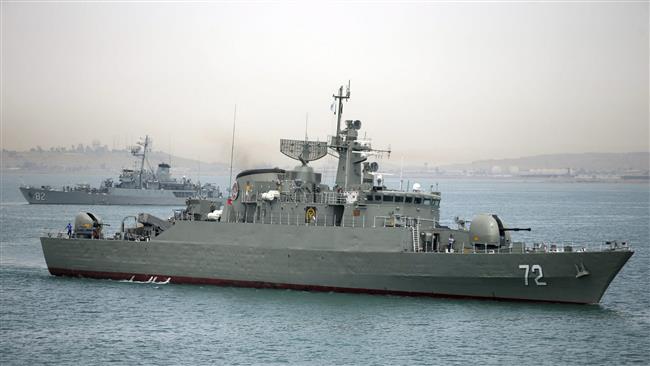 The Iranian Navy has repelled pirate attacks on a trading vessel in the Gulf of Aden.

The Iranian Navy has successfully thwarted two pirate attacks on an Iranian merchant vessel in the Gulf of Aden.

Iran’s naval forces, which escort the country’s merchant vessels and oil tankers in the high seas, first rushed to the help of the ship when pirates on board five speed boats were trying to hijack it, forcing the pirates to flee.

The pirates returned three hours later with 11 boats this time, but their attack was once again repelled by Iranian naval forces.

Iran’s Navy has, in recent years, increased its presence in international waters in a bid to protect naval routes and provide security for merchant vessels and tankers.

Since November 2008, the Iranian Navy has also been conducting patrols in the Gulf of Aden in line with international efforts against piracy to safeguard merchant containers and oil tankers owned or leased by Iran or other countries.

In April, the Iranian Navy’s 34th naval fleet comprising the Bushehr logistic vessel and Alborz destroyer left the southern port city of Bandar Abbas for the Gulf of Aden and Bab al-Mandab Strait to carry out missions in the high seas.