National unity is fully manifested at the time of victory in football matches when all groups and ethnicities in the country are united and people feel proud of being Iranian, President Rouhani said in a meeting with members of the men’s national football team, held in Tehran on Wednesday.

Reminding the football players of the major role they play in making people across the country happy and elated, the president said the great enthusiasm during football games indicates that spectators and viewers care about the players’ decisions and accurate moves. 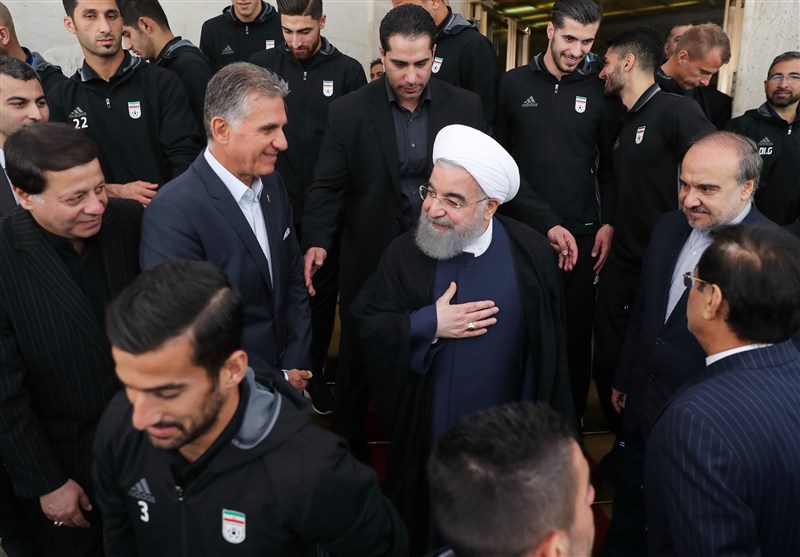 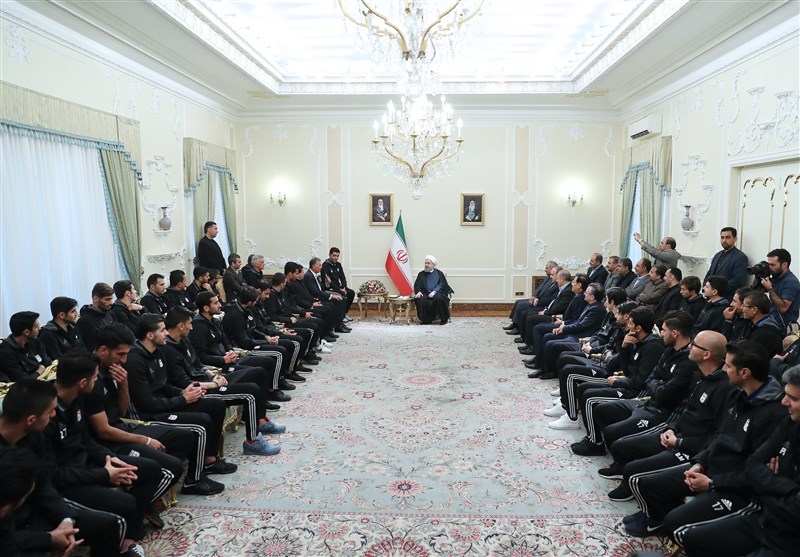 President Rouhani also reminded the professional athletes of their “heavy moral responsibility” in the society besides their performance in the field.

“The national (football) team’s players and members in the World Cup games are ambassadors of Iran’s soft power,” the president underlined, saying a win accompanied by “Islamic and Iranian morals” would be more precious. 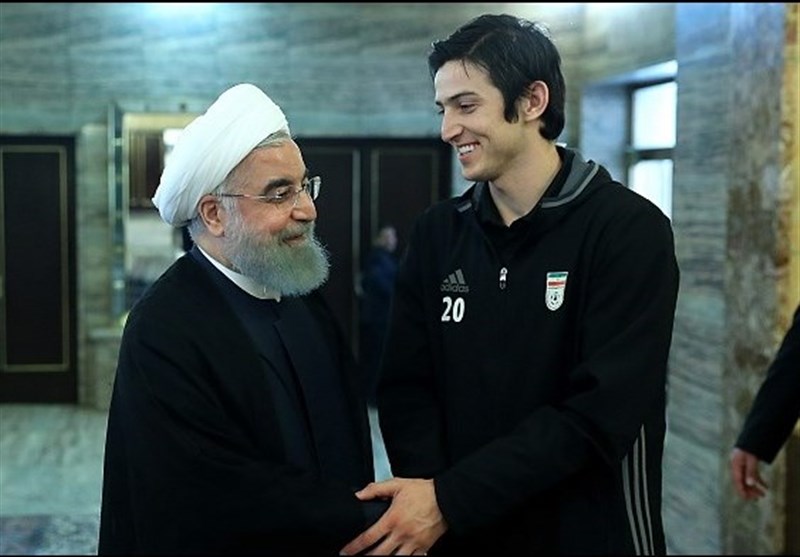 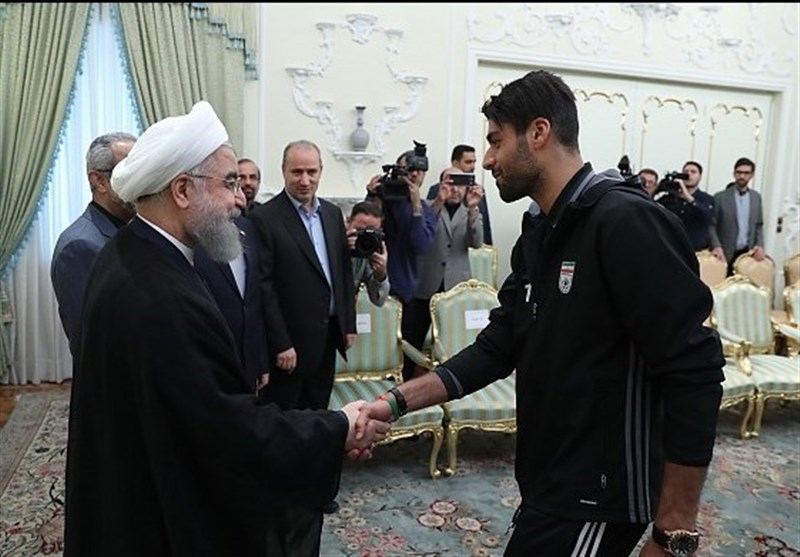 Highlighting the national team’s mighty progress from the Asia qualifying round by keeping a clean sheet in eight consecutive matches, President Rouhani said Iran could certainly advance from its group in the World Cup as well.

Advancing to the second round will be possible for Asia’s top team, he added.

On Monday, two goals from Sardar Azmoun and Mehdi Taremi earned Iran their place at the finals of the FIFA World Cup in Russia next year.

Carlos Queiroz’s team who downed Uzbekistan 2-0 at the Azadi Stadium kept an 11th consecutive clean sheet of the campaign.