Iran Must Pull Out of Nuclear Deal: Senior Cleric 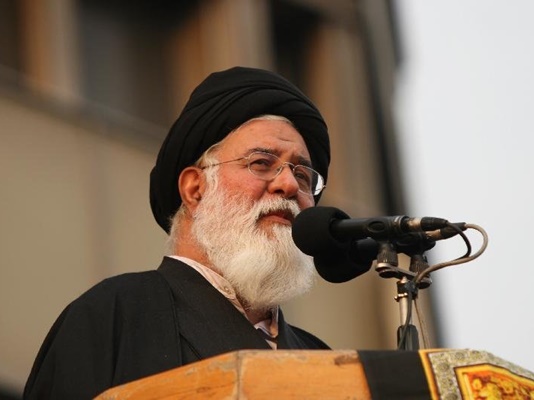 A senior Iranian cleric has hailed the recent remarks by Foreign Minister Mohammad Javad Zarif about Tehran’s preparedness to withdraw from the JCPOA, and called on Rouhani’s government to immediately pull out of the ‘harmful’ nuclear deal.

Addressing a huge gathering of worshippers on Friday, Iran Leader’s representative in Mashhad Ayatollah Ahmad Alamolhoda referred to the nuclear deal between Tehran and world powers, and said he is amazed how on earth the officials in charge of Iran’s foreign policy have remained silent towards the US scandalous breach of promises over the past two years.

However, he added, I’m happy to see that the officials have finally expressed explicitly that Iran would pull out of the nuclear deal if the US continues to breach its promises.

Withdrawing from the JCPOA means recovering a serious loss, he noted, adding that the loss threatens the country’s independence.

“Whenever we stood firmly against the US and punched it in the face, it has been forced to sit back disgracefully,” he noted, according to a Farsi report by Entekhab.

He said the enemies have targeted Iran’s economy and this is part of their policy to force Iranians to sit for talks by exerting economic pressures on them.

Earlier, Foreign Minister Zarif warned that any major JCPOA violation on behalf of the US may result in Tehran’s withdrawal from the nuclear deal.

In an interview the National Interest earlier this week, Zarif said if it comes to a major violation, or what in terms of the nuclear deal is called significant non-performance, then Iran has other options available, including withdrawing from the deal.