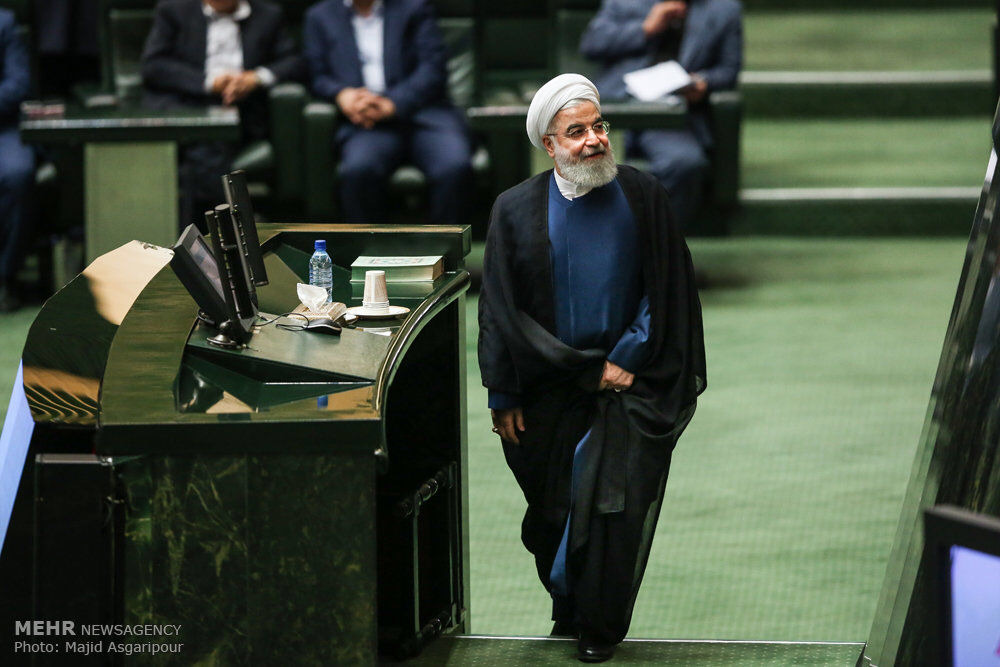 Iranian lawmakers have approved proposals by a parliamentary commission to launch an investigation into the performance of the presidential office of former President Hassan Rouhani.

The proposals were ratified with 138 votes in favor, 28 votes against and 10 abstentions.
The ratification calls for an investigation into the following issues during Rouhani’s term in office:

1. What was the role of deputies and directors of the presidential office in its ‘wrongdoing’, especially in terms of finances, intervention in the nuclear talks and control over “bottlenecks that create rent”?

2. Investigation into the role of presidential aide Hossein Fereydoon in the nuclear talks and the ‘negative consequences of his intervention.’

3. The role of the presidential chief of staff in appointing directors of economic institutions, factories, banks and other sensitive centers with high revenues.

4. Examining the role of the economic team of Rouhani, especially his deputy for economic affairs Mohammad Nahavandian, in injecting 18 billion dollars into the foreign currency market and distribution of 60 tons of gold to help control prices, which the lawmakers said had no positive outcome.

Rouhani’s opponents have long accused his administration of mismanaging the foreign currency and gold markets amid biting US sanctions.

The critics also accuse his aides of abusing their positions of power for personal gains.

Rouhani at the time repeatedly rejected the accusations saying sanctions left no space for doing a better job on the foreign currency and gold markets.