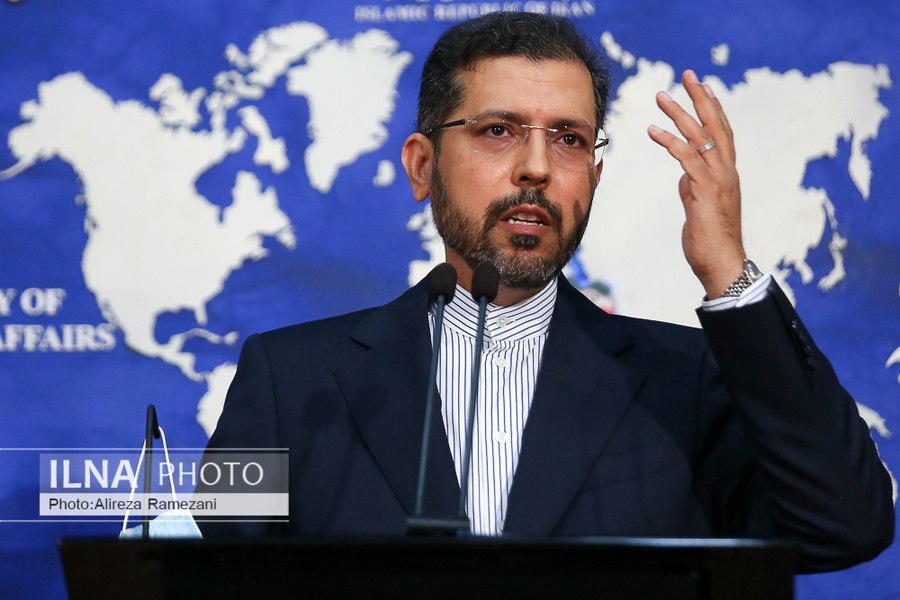 Spokesperson for the Ministry of Foreign Affairs of the Islamic Republic of Iran Saeed Khatibzadeh has denounced the Israeli prime minister’s speech at the UN General Assembly as a 'ridiculous show' aimed at deceiving public opinion, saying the Zionist regime is the 'greatest threat to world peace'.

Asked by reporters about Benjamin Netanyahu’s speech at the UN General Assembly, Khatibzadeh described his remarks as a new act in a serial of puppet shows that originate from Netanyahu’s conspiratorial mind and from the counter-intelligence campaign run by the Zionist regime’s espionage services.

“The prime minister of the fake, usurping and child-murdering Zionist regime continues to tell lies by taking the podium at international circles, and is trying to deceive public opinion and the global circles with ridiculous shows in order to prevent trial of the regime’s criminal leaders at the international courts,” Khatibzadeh said on Wednesday.

The Zionist regime’s nature is based on occupation, deception and racism, the Iranian diplomat added, slamming the Zionist regime as the greatest global threat to peace and security given its stockpile of hundreds of nuclear warheads.

His comments came after Netanyahu reiterated opposition to the 2015 Iran nuclear deal, accusing Tehran of violating the nuclear restrictions.

The Israeli leader also claimed in his UN speech that Tehran will have enough enriched uranium in a few months for two nuclear bombs.