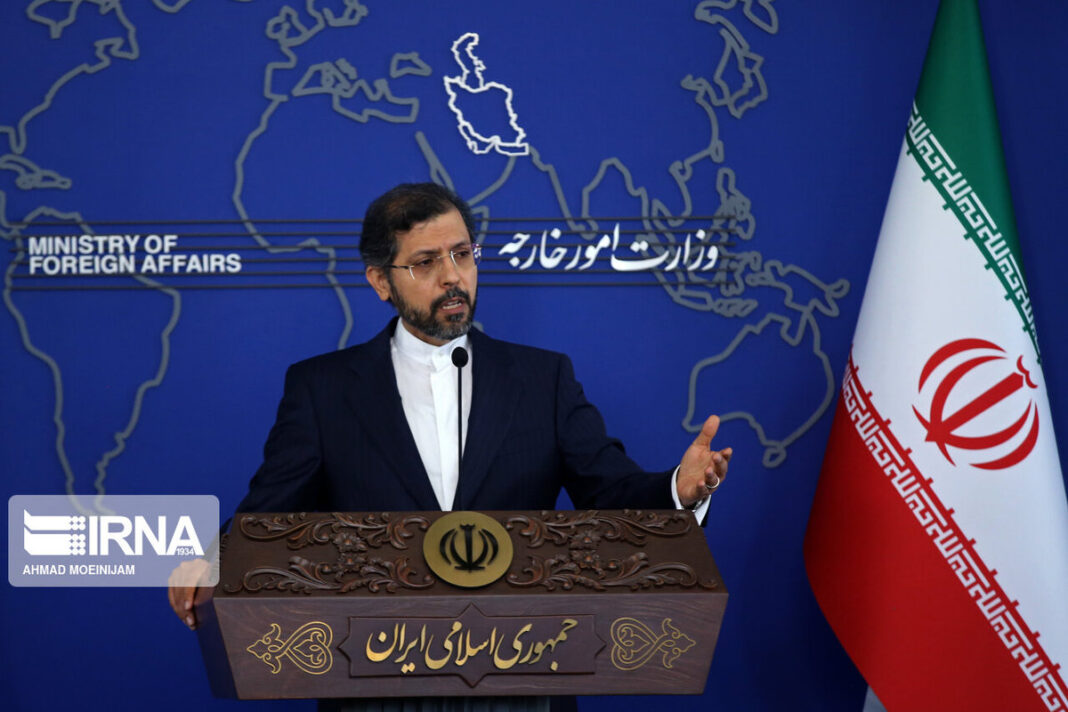 Iran has denounced the British Foreign Ministry for its meddling stance on the Islamic Republic's defense capabilities, saying Iranian missiles have nothing to do with UN Security Council 2231.

The reaction by Iranian Foreign Ministry Spokesman Saeed Khatibzadeh came after Britain slammed a launch of ballistic missiles by Iran during its military drills on Friday.

“We condemn Iran’s use of ballistic missiles in a test launch confirmed to have been conducted today. The launch is a clear breach of UN Security Council Resolution 2231,” the British Foreign Office said on Friday.

Khatibzadeh stressed that “the British know better than anyone else that Iran’s missile program has nothing to do with UN Security Council Resolution 2231 and its provisions”.
He added that Iran has not had and does not have plans to use its nuclear program for military purposes for which it wants to design its missile program.

Khatibzadeh said the UK is in a never-ending race to sell the most destructive arms to West Asia and other crisis-stricken regions of the world and signs deals such as AUKUS in violation of non-proliferation rules and at the same time it is also concerned about Iran’s routine military exercises.

The Foreign Ministry spokesman slammed Britain’s attempts to portray Iran as a threat to the region, blaming the insatiable appetite of Britain and other European countries to sell large quantities of advanced weapons to some countries for fueling regional instability and insecurity, including the humanitarian catastrophe in Yemen.

The Iranian Foreign Ministry spokesman said that such remarks and stances are not only interference in Iran’s internal affairs, but also show that Britain continues to employ double standards.

Khatibzadeh stressed that Iran acts within the framework of international law and based on its defense needs and that the Islamic Republic does not ask for permission from anyone for its defense program nor does it ever negotiate over its right.

Meanwhile, Iranian Ambassador to Britain Mohsen Baharvand said in response to the British statement that UN Security Council Resolution 2231 only covers missiles designed to carry nuclear weapons, noting that Iranian missiles are not designed to do that, but are designed to defend Iranian territory and give a crushing response to aggressors.