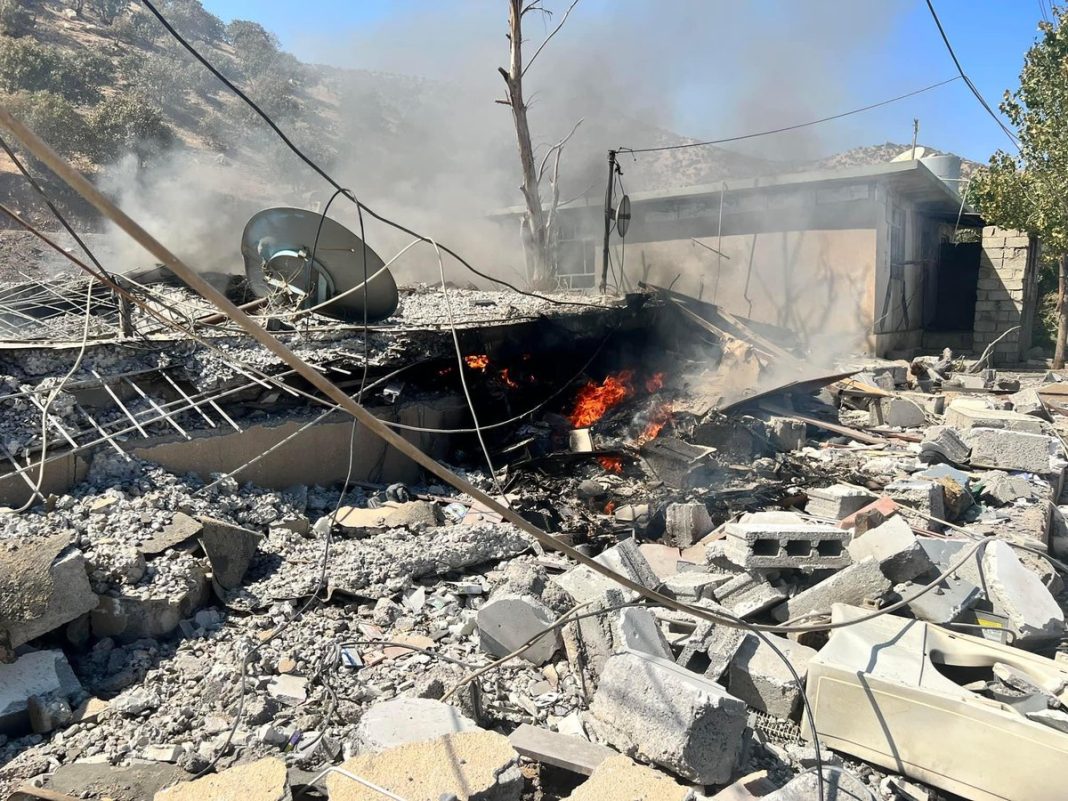 The Islamic Revolution Guards Corps (IRGC) announced that its ground forces have launched a new round of drone and missile attacks on the positions of separatist groups in Iraq’s Kurdistan Region on Monday.

The IRGC Ground Force carried out the new round of strikes on the positions of Democratic Party of Iranian Kurdistan and the Komala Party in the Kurdistan Region of Iraq in the early hours of Monday.

Four missiles hit a base of Democratic Party of Iranian Kurdistan in the town of Koy Sanjaq in the region.

A separate attack with suicide drones smashed into another site belonging to the group near the Baharka Village elsewhere in the region.

In another strike, the IRGC’s suicide drones destroyed the base of Komala Party in two locations near the city of Sulaymaniyah in the region.

The attacks were carried out by the drone and missile units of the IRGC Ground Force.

The first stage of the attacks began on September 24, after terrorists’ move to ignite riots and unrest along border cities west of Iran.

The move by IRGC Ground Force to hit Iraqi-based Komalah and Democrat terrorist groups came after illegal entry by these groups’ armed teams into the Iranian border cities.

The IRGC has announced, “These terrorists – who are backed by the global arrogance and are based in the Iraqi northern region – were forced to flee the country after accepting heavy casualties.”

The IRGC noted that Iran on many occasions has warned officials of the Iraqi Kurdistan Region about the terrorist groups’ activities in the region but they have failed to pay necessary attention to the warnings and take proper measures to prevent terrorist moves.

It has also described the operations by the Iranian forces as part of efforts to ensure durable security along borders and punish criminal terrorists.