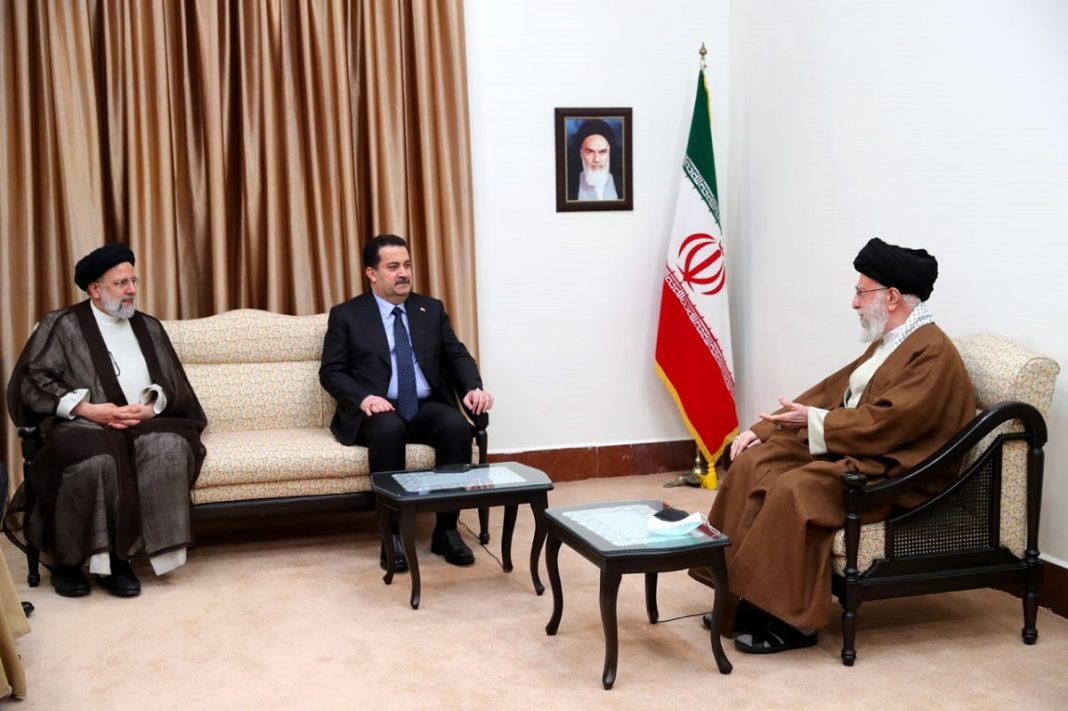 Iran's leader Ayatollah Seyyed Ali Khamenei has urged Iraqis to stand up to the enemies of their country's progress by relying on people and the youth. Ayatollah Khamenei was speaking at a meeting with Iraqi Prime Minister Mohammed Shia' Al Sudani in Tehran on Tuesday.

Ayatollah Khamenei noted that a nation who stood up against the huge and deadly threat of Daesh can do so in the face of enemies as well. Iraq’s progress and its success in achieving its rightful and lofty place benefits Iran.

The leader then described the Iraqi prime minister as someone capable of running the country so that it reaches the point it deserves.

Ayatollah Khamenei described Prime Minister Sudani as a pious person, adding that it’s a great pleasure to see the Iraqi premier in the post.

The leader referred to the Iraqi prime minister’s statement that Baghdad will not allow others to use Iraq as a launching pad for threatening Iran’s security.

Ayatollah Khamenei said that unfortunately, this is now happening in some parts of Iraq and the only solution is for the Iraqi government to impose its sovereignty over all regions of the country.

He noted that it’s Iran’s policy to defend Iraq in the face of any threat against the Arab country’s security. The leader added that Iraq’s security is Iran’s.

Ayatollah Khamenei said Iran and Iraq have signed various agreements in the past but they never were implemented.

He stressed that from now on, any deal including on economic cooperation signed by Tehran and Baghdad must be put into practice.

The Iraqi prime minister for his part spoke about the strategic and historical ties between the two neighbors. Sudani said one clear example of this cooperation was the fight against the Daesh terrorists during which both sides gave blood for their cause.

He then hailed top assassinated Iranian General Qassem Soleimani and his companion Abu Mahdi al-Muhandis as another proof of the camaraderie between Iran and Iraq.

Sudani reaffirmed Iraq’s policy to not let others use the Iraqi soil for threatening Iran, saying Iran’s security is Iraq’s.

He noted that Baghdad is determined to implement all agreements it signs with Iran.