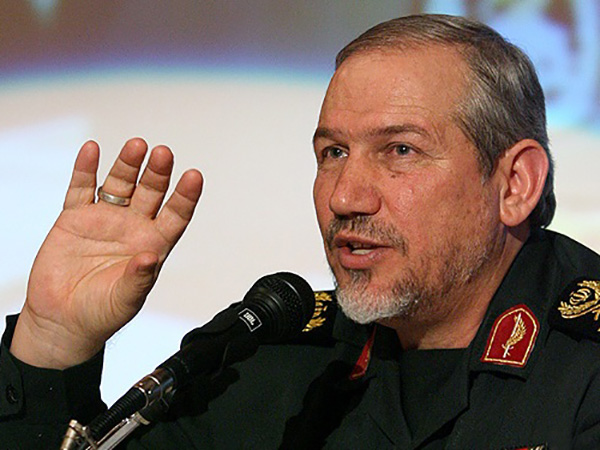 Major General Yahya Rahim Safavi, a top military aide to the Leader of Iran’s Islamic Revolution, says the recent diplomatic crisis between Saudi Arabia and Qatar is part of a plot hatched by the US.

In a Monday address to the Centre of Islamic-Iranian Pattern of Progress, General Rahim Safavi said the US and its regional allies are seeking to provoke sedition in the Persian Gulf.

According to a Farsi report by Fars News Agency, he referred to Qatar’s $400bn reserve currency and said Washington has put Qatar under pressure to accept a deal: Washington provides Doha with security and in return Doha pays protection money to Washington and cut its support for the Palestinian resistance movement of Hamas.

General Rahim Safavi noted the Saudi regime is likewise forced to pay protection money to the US in order to continue its military operation against defenseless people of Yemen and Bahrain.

He also referred to the US new plots in the region and said, “After their failures in Iraq and Syria, the US, Saudi Arabia and the Zionists are hatching a new plot to provoke sedition in the Persian Gulf.”

General Rahim Safavi said Iran is impressed directly or indirectly by the developments of Asia, Europe and Africa continents due to its special geographical location.

Due to its unique geographical location, Iran can play a key role in the creation of new regional organizations in various fields including economy, tourism as well as politics, he added.

The top advisor also touched on the ideologies prevalent across the region and said, “Neither the western philosophies nor the Islamic views of some Arab states as well as Turkey are capable of leading the regional people to a promising future.”

“Only the true Islamic vision can lead the human being and freedom-seeking nations to independence,” he said.

General Rahim Safavi, who is also a professor of geopolitics at the University of Tarbiat Modarres, referred to Shanghai Cooperation Organization (SCO) and underlined the necessity of gaining a permanent membership in the organization.

“The Shanghai Cooperation Organization can replace Warsaw Treaty in the future to challenge the North Atlantic Treaty Organization (NATO),” he said.

He further warned against the latest developments in the region, particularly the UK’s interest to play a more active role in the Persian Gulf, and said London’s return to the region is significantly strategic.

“The UK is seeking to reorganize the Arab states with the US support,” General Rahim Safavi noted.

He said the projects of the US-led coalition including Saudi Arabia, Turkey and Jordan have failed in Iraq and Syria, and the coalition is seeking to create a new entity like NATO in the region to take their revenge.

The Iranian military advisor also referred to the liberation of the Iraqi city of Mosul from ISIS and said the ISIS terrorist group’s retreat from Iraq means the US-led coalition has been defeated.

“The US will not leave Iraq. And now with their latest defeats, we should expect new sedition provoked by the US and its regional allies,” he noted.