Iran Leader Advises Rouhani Not to Waste Time with Europe 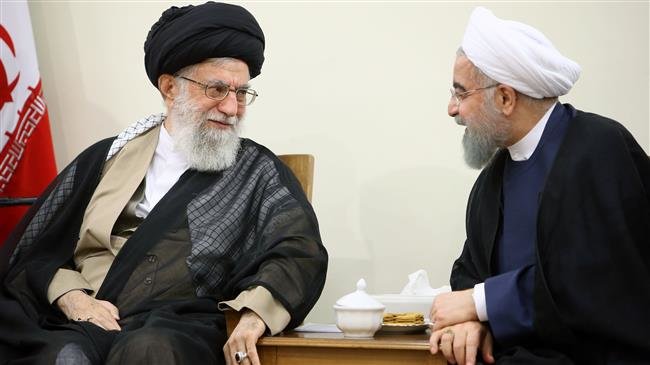 Leader of the Islamic Revolution Ayatollah Seyyed Ali Khamenei never trusted Europeans with their pledge to save the 2015 Iran nuclear deal, a new video clip released on Monday shows.

Ayatollah Khamenei’s official website published the clip for the first time on Monday, revealing the Leader’s reservations about Europe’s bid to guard trade with Iran against US sanctions.

The US imposed new sanctions on the Islamic Republic after President Donald Trump abandoned the Joint Comprehensive Plan of Action (JCPOA) in May 2018.

The Europeans did not follow suit, trying instead to keep Iran in the agreement by promising incentives which generated new expectations in the government.

“We have things to do in our country, we have potentials and these potentials need to materialize. Follow those potentials, don’t tie economic enhancement to something that is not in our control.”

Senior Iranian officials have objected to Europe’s preconditions, which require Iran to join the FATF (the Financial Action Task Force) and start negotiations on its missile program before INSTEX enters into force.

In the meeting, the Leader hit out at European “malevolence” for dragging their feet on the payment channel until November, when the first round of US sanctions targeting Iran’s oil exports took effect.

“They are after this and such is their evil,” he stressed.

“I read in the paper that Trump has said ‘I encouraged [British Prime Minister Theresa] May to sustain pressure on Iran. [And she needed absolutely no encouragement] because she, in fact, also encourages me’ to be tough with Iran,” the Leader said. “That’s who they are and yet they call Mr. Rouhani to convey their respects.”

Trump made the remarks during a joint press conference with May at Chequers, the prime minister’s country estate in Buckinghamshire, England in July last year.

The Leader noted that Europe’s “evil nature” — as displayed by various European rulers in the past centuries — was not limited to its current policies.