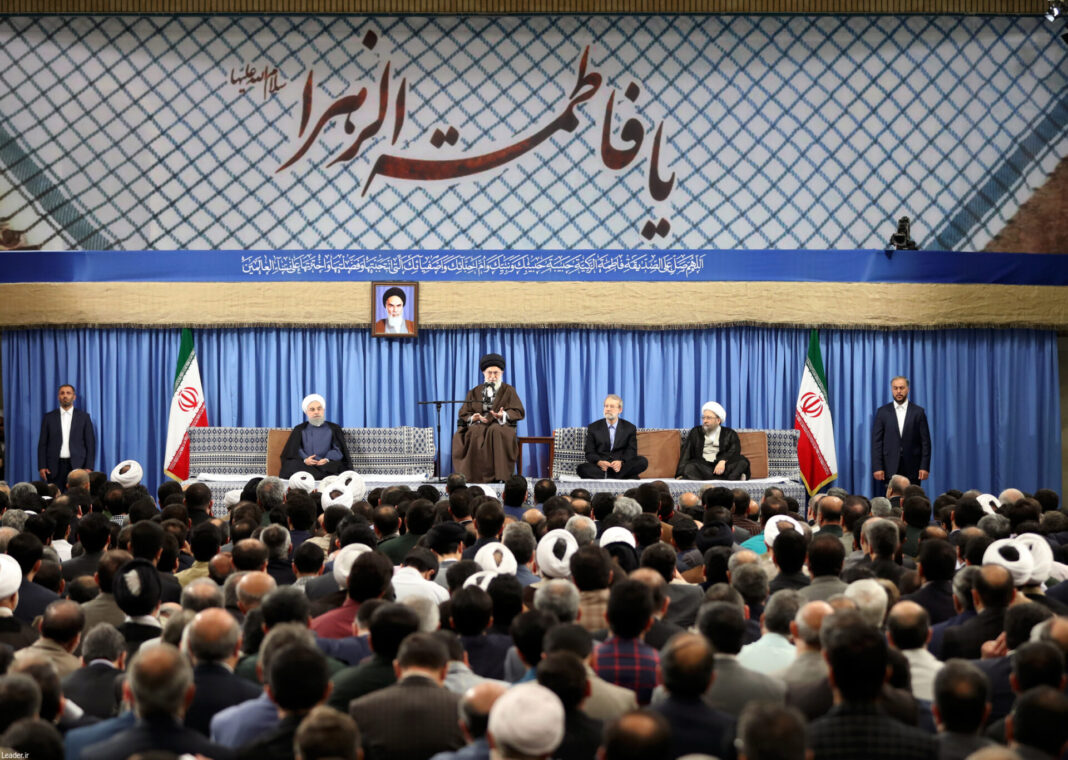 In an address to a group of Iranian authorities and the ambassadors of Muslim nations on the anniversary of Islamic holiday Eid al-Mab’ath, Ayatollah Khamenei urged the Iranian presidential candidates to refrain from relying on foreign assistance in the advancement of the country’s affairs.

“They should pledge that they would look toward the [Iranian] nation itself, and not look beyond the borders, for the advancement of the country’s affairs, its economic development, and for removing obstacles,” the Leader said, while five of the six presidential candidates were attending the Tuesday gathering.

Ayatollah Khamenei also underlined the importance of the upcoming elections in Iran, saying the Iranian nation would massively participate in the polls and foil enemies’ plots to undermine the Islamic Establishment.

“The nation will disappoint the enemies of Islam and Iran by their (massive) presence in the forthcoming elections,” the Leader noted.

The Leader further highlighted various aspects of the elections, including the presidential vote, and said participation in the polls is a manifestation of the people’s “dignity, right and power” to select the head of the executive branch of the government, Tasnim reported.

Ayatollah Khamenei hailed the Iranian nation’s faith, unity and presence on the political scenes as factors behind the Islamic Republic’s bravery and resistance in the international arena and said high turnout in the upcoming elections would be a good example of the people’s presence.

Elsewhere, the Leader pointed to the enemies’ plots against Iran and Muslims and said the formation of terrorist groups under the name of Islam and attempts to sow discord in Islamic countries, like Iraq, Syria, Bahrain, and Yemen are part of Washington and the Tel Aviv regime’s conspiracies against the religion.

“Of course, the global oppressors are more opposed to the Islamic Republic than other Muslim countries, but their main problem is Islam and all Muslims should recognize this fact,” Ayatollah Khamenei added.

The Leader said the United States and Zionists are directing belligerence against Iran because Islam is most prominent in the Islamic Republic, Press TV reported.

“Today, all these animosities [targeting Iran and Islam] are spearheaded by the US and Zionists,” Ayatollah Khamenei said.