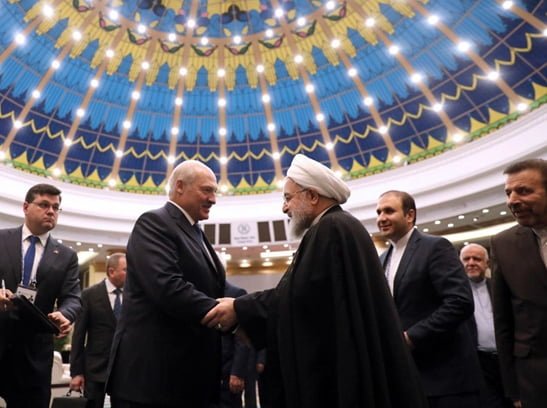 Iranian President Hassan Rouhani says the Islamic Republic is ready to deepen its relations with Belarus in all fields, especially in science and modern technologies.

President Rouhani on Saturday described Tehran-Minsk relations as developing and stressed that all potentialities and opportunities must be tapped for deepening bilateral ties in all fields.

He made the remarks in a meeting with his Belarusian counterpart Alexander Lukashenko on the sidelines of the Shanghai Cooperation Organisation (SCO) summit in China.

“Belarus has always been a friend of Iran and Tehran is ready to deepen economic and business relations, especially in scientific and modern technology fields,” he added.

“Cooperation between Iran and Eurasia further boosts relations between the two countries,” he went on to say.

Touching upon the importance of transit routes in the region, he said, “In North-South transit, Iran is the best route for Central Asia and Caucasus and South-eastern Europe to Persian Gulf and southern waters.”

He also referred to the new US government’s withdrawal from the Joint Comprehensive Plan of Action (JCPOA) and said, “The global community’s standing up to the unilateral actions of Washington means supporting international rules and regulations.”