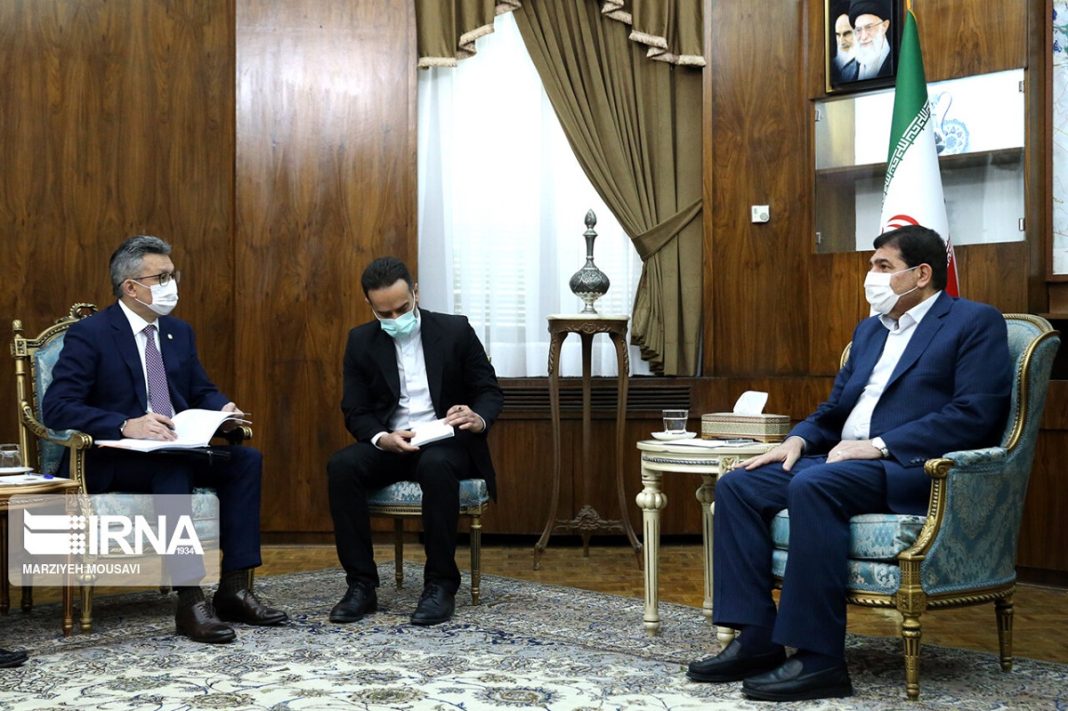 Senior Iranian and Kazakh officials have praised growing ties between the countries and stressed the need for the two Asian nations to further promote bilateral relations, especially in economy and trade.

In a meeting with Kazakhstan’s visiting Minister of Trade and Integration Bakhyt Sultanov on Sunday, Iranian First Vice President Mohammad Mokhber said the increase in bilateral trade ties indicated that the two states have a serious determination to deepen their cooperation.

Mokhber called for efforts to swiftly remove the obstacles in the way of expanding ties between Iran and Kazakhstan, saying closer cooperation between the private sectors of the two countries can play a fundamental role in bolstering the volume of trade.

The two countries, he added, have the capability to turn into a regional hub in terms of food security and transportation.

Mokhber emphasized the necessity of holding exhibitions aimed at putting on display commercial products of the two countries.

In turn, the Kazakh minister lauded a rise in the value of bilateral trade over the past three months, describing it as a sign that the goals and strategies of the two states are now in accord.

He expressed hope that the upcoming visit by Kazakh President Kassym-Jomart Tokayev to Tehran will set the stage for the implementation of the agreements reached over the past several months on bilateral cooperation.