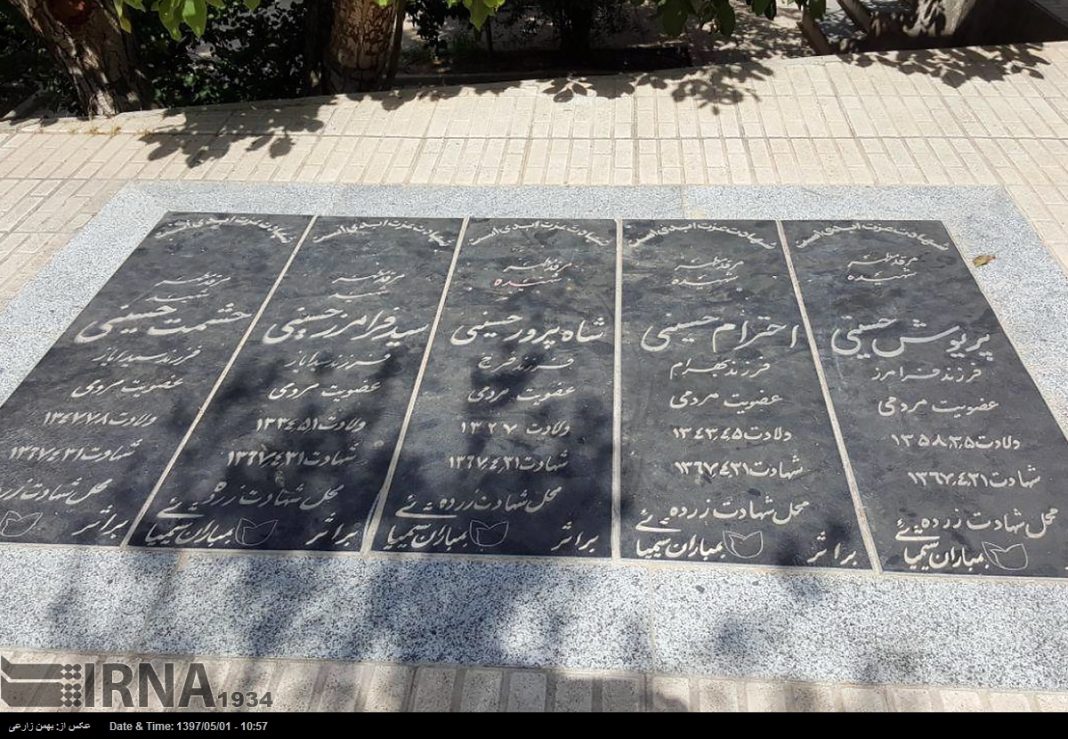 34 years ago today, 275 people were killed and at least 2,700 others were injured in chemical attacks by the Iraqi Baathist regime on the villages of Zardeh, Sarmil, and Nesar Deireh in the western Iranian Kermanshah Province.

According to the IRIB news agency, in the early hours of July 22, 1988, only four days after the United Nations Security Council Resolution 598 was adopted, the sound of five Baathist fighter jets was heard in the skies of Zardeh, Sarmil, and Nesar Deireh.

On that fateful day the fighter jets dropped chemical bombs on the residents of the villages and left them grieving forever.

One of these chemical bombs landed on the water spring of one of the villages and the people who drank from the water suffered severe complications and some even died.

In addition to Zardeh, the villages of Nesar Deireh in Gilan-e Gharb and part of Salas-e Babajani and Sarpol-e Zahab were also targeted by the Baathist regime’s chemical bombs.

Currently, many residents of the villages are chemically wounded, with several of them succumbing to their injuries every year.

The chemical attacks by the Iraqi Baathist regime on residential areas are one of the most painful and tragic moments in the history of Iran-Iraq war during the 1980s deadly conflict.

The attacks that resulted in the death of a large number of defenseless people in Iran were carried out amid the silence by international human rights organizations and institutions and the supporters of now-executed Iraqi dictator Saddam Hussein.

Some Western countries, like France and Germany, supplied Saddam with chemical bombs and other equipment against Iran.

According to official figures, there are almost 70,000 survivors of chemical attacks in Iran who continue to suffer from the complications.