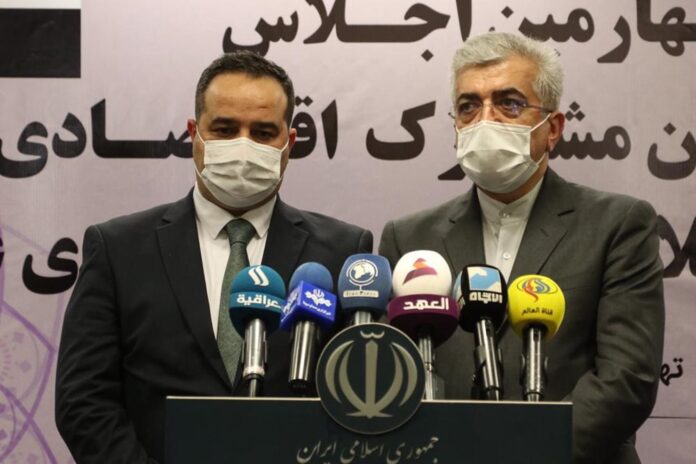 Iran and Iraq have signed a memorandum of understanding (MOU) on expansion of mutual economic cooperation.

The deal was clinched at the close of the fourth meeting on Iran-Iraq economic cooperation at the Iranian Energy Ministry.

“The meetings featured very fruitful discussions for both sides, and they are predicted to serve the interests of both countries,” said Iranian Energy Minister Reza Ardakanian.
“Technical committees were formed in various trade areas and they exchanged view on technical and engineering services as well as other issues of mutual interest,” the minister added.

Ardakanian added a commercial committee will soon meet as part of these meetings.
“The industrial and financial affairs committees will also be formed to follow up on issues of mutual concern,” he added.

The minister underscored proper frameworks have also been set up for cooperation between the private and state sectors.