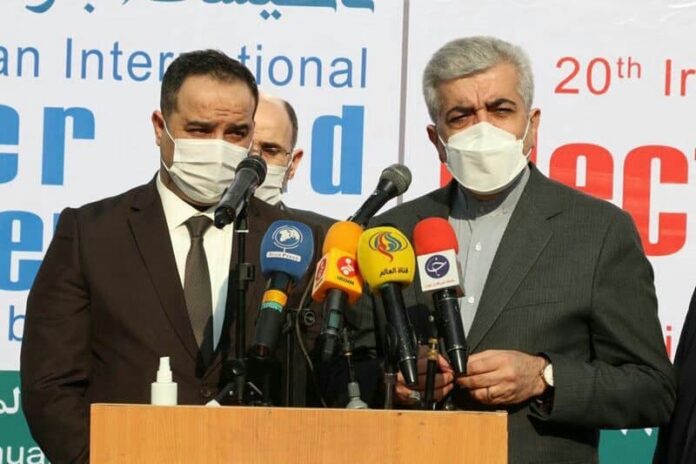 Iranian Energy Minister Reza Ardakanian has highlighted Tehran and Baghdad’s determination to raise the value of annual trade exchanges to $20 billion, pointing to the major role that the private sectors and a joint investment fund could play in working towards that goal.

Delivering a speech to Iran-Iraq Economic Conference on Tuesday, Ardakanian said the main and common target of the two neighbors at the level of political leaders is to increase the value of annual bilateral trade exchanges to $20 billion.

The energy minister explained that achievement of the trade target requires plans to allow the private sector to get involved in the economic activities freely, remove the trade obstacles, set up a joint investment fund, and settle the problems arising in the transportation industry, standard and customs issues, or the preferential trade arrangements.

The Iranian Energy Ministry has been tasked three months ago with handling the affairs of Iran-Iraq Economic Cooperation Joint Commission, he noted, saying the first successful plan was to convene the commission after six years.

“The main purpose of the fourth meeting of the Economic Cooperation Joint Commission is to create facilities for the private sectors in the trade and economic activities,” the minister said, adding that there are also plans to strengthen cooperation between the state-run organizations.

Ardakanian further expressed hope that negotiations among the participants in the conference, held on January 12 and 13 within the framework of four expert sub-committees on technical and engineering services, consular affairs, monetary and banking issues, and trade affairs, would result in agreements.

The Iranian minister also stressed the need to expedite the implementation of joint projects in the energy and transportation industries, customs affairs, as well as construction and health sectors, and warned the state organizations to avoid the obstructive and bureaucratic obstacles that may impede the activities of private sectors.

At the conclusion of the conference, Ardekanian and Iraqi Trade Minister Alla Ahmed Hassan visited an exhibition of Iranian and Iraqi products, held at the Energy Ministry of Iran.

The 4th session of Iran-Iraq Economic Cooperation Joint Commission kicked off on Tuesday morning, attended by high-ranking officials and business people from the two countries.

The commission is going to weigh plans for stronger cooperation in various sectors with an eye to the geographical, cultural and religious commonalities between the two Muslim neighbors.

Participants in the meeting are also planned to discuss the ways to boost economic ties, promote exports, and evaluate the markets for optimum productivity in various sectors, such as the transportation and energy industries, tourism sector, construction projects, and water and electricity industries.