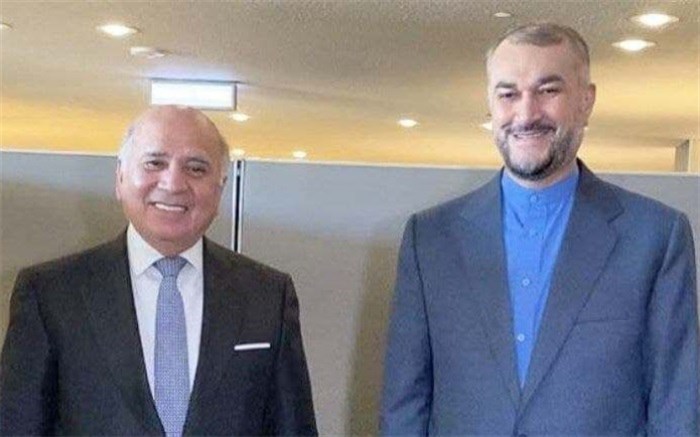 Iranian Foreign Minister Hossein Amirabdollahian has sat down with his Iraqi counterpart Fuad Hussein on the sidelines of the annual session of the UN General Assembly in New York.

In the meeting, the two sides discussed mutual relations and exchanged views on the agreements reached during a recent trip to Tehran by the Iraqi prime minister, the Iranian foreign minister’s visit to Bagdad and meeting of Iraq’s neighbouring countries held in New York.

Another topic which came up for discussion was economic diplomacy.

The two sides also reached agreement on issues pertaining to the exports of natural gas and electricity to Iraq.

The two top diplomats also agreed to more seriously follow up on and quickly resolve certain bilateral issues, including the transfer of Iran’s assets currently kept by Baghdad.

They also discussed the latest developments in the region, the Persian Gulf and Afghanistan.