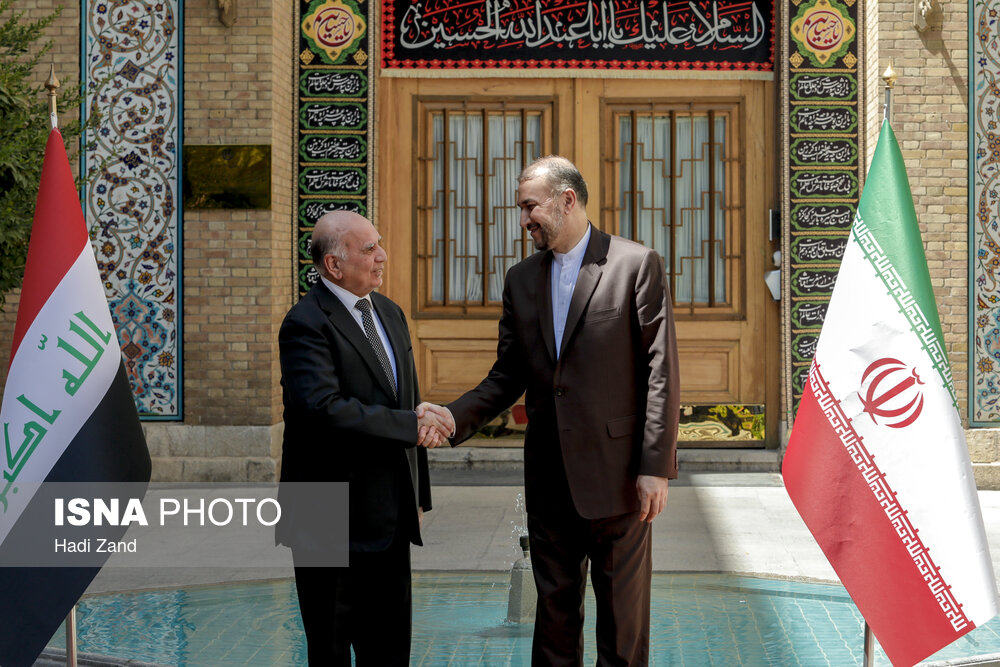 Iranian Foreign Minister Hossein Amirabdollahian, and his Iraqi counterpart exchanged views on border security, as well as necessary measures to counter hostile, separatist and terrorist groups in Iraq and the Kurdistan region.

The meeting took place in Tehran on Monday.

During the meeting, the Iranian foreign minister expressed satisfaction about the bilateral ties in different areas of cooperation and underlined the necessity of existing agreements to be implemented.

Amirabdollahian also said facilitating trade exchanges in border crossings, uninterrupted transport and finalization of Basra-Shalamcheh railway – and its effective role in increasing tourism and the volume of exchanges – will help both sides reach a higher level of cooperation.

The Iranian foreign minister also thanked the Iraqi government and nation preparedness for hosting Iranian pilgrims during the upcoming Arbaeen, marking 40 days after the martyrdom anniversary of Imam Hossein, the third Shia Imam.

The Iranian foreign minister also referred to the internal developments in Iraq, saying it is important that Iraq’s stability, calm and national unity are protected and its legal institutions are respected, while maintaining the power of the government of Iraq.

During the meeting, Fuad Hussein the Iraqi foreign minister also described relations between the two countries as significant and thanked the Islamic Republic of Iran for its responsible stance regarding Iraq’s internal developments.

The Iraqi foreign minister said the security of Iran and Iraq is intertwined and underlined that his country will allow no threats against the Islamic Republic of Iran from the Iraqi soil.