Iran and Iraq have finalized two agreements on cooperation in the electricity industry during the Iraqi prime minister’s visit to Tehran.

Iranian Energy Minister Reza Ardakanian said on Tuesday that his organization and the Ministry of Electricity of Iraq have finalized two cooperation contracts on the improvement and promotion of the electricity industry in Iraq.

Ardakanian noted that the contracts have been discussed in a Tuesday meeting with Iraq’s Electricity Minister Majid Mahdi Hantoush, held in Tehran on the sidelines of Iraqi Prime Minister Mustafa al-Kadhimi’s visit to the Islamic Republic and a meeting of high-ranking Iranian and Iraqi delegations.

According to the Iranian Energy Minister, the two sides have agreed to finalize and sign the contracts, one of which would entail plans to reduce electricity losses in distribution networks in Iraq’s governorates of Karbala and Najaf.

The second one is a contract to make repairs to electricity distribution transformers in Iraq, he added. 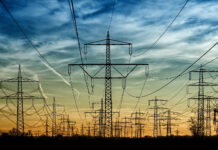