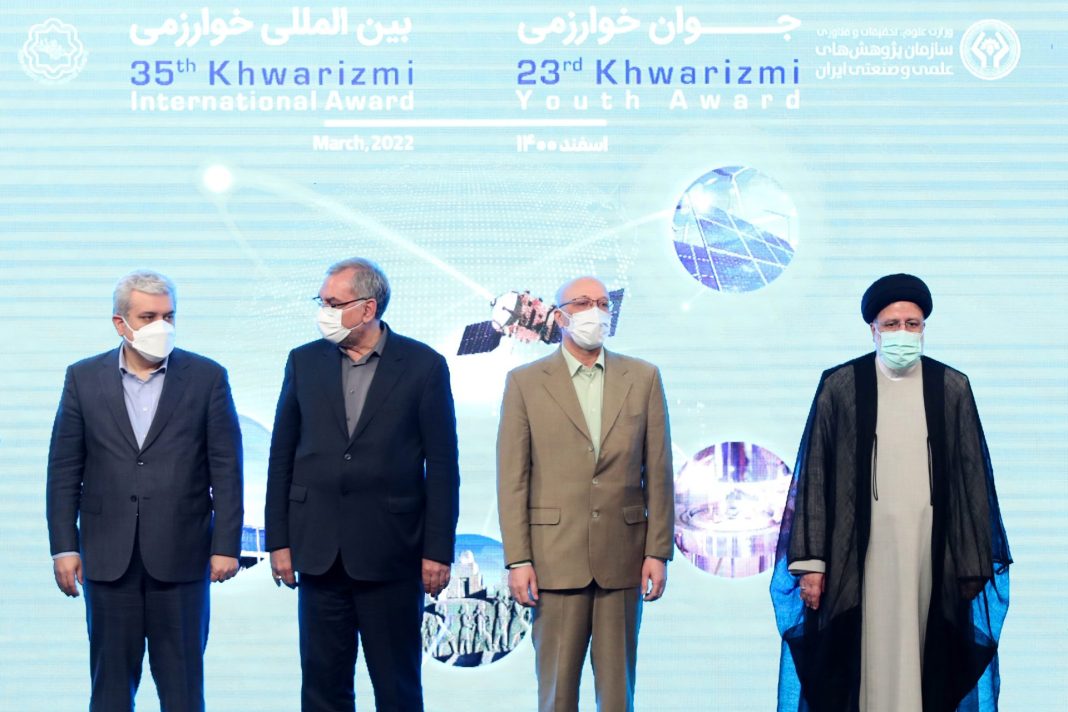 Khwarizmi International Festival is the most significant scientific event in Iran and plays a key role in commercializing scientific achievements, bringing ideas to life and job creation through attracting the attention of industrialists to innovative works.

This year Khwarizmi International Awards were granted to Fatemeh Keshavarzi for her mobile network security network inspection system, Amir Hossein Alinouri for his potable detector of chemical agents and Parsa Pahlavan for his project on material used for restoration of cultural heritage sites.

Other winners of the award were Amir Rastegari for his work on Tagharrob airport radar, Seyed Mohammadreza al-Hosseini for his railway signal exchange system, Khalil Torkan for design and production of a cardiac electroshock device, Rasoul Raisi Ardali for his work on a control and supervision system for management of energy distribution networks and Javad Eisavand for his work on a sound pressure level test.

The foreign winners of the festival won awards for projects on heterogeneous photocatalysts, high blood pressure treatment and human genetics.

Simultaneously with the award the 23rd Young Khwarizmi Festival also commended top projects in a number of areas including nanofibers, nanoabsorbents and mixed-core electrodes, among others.