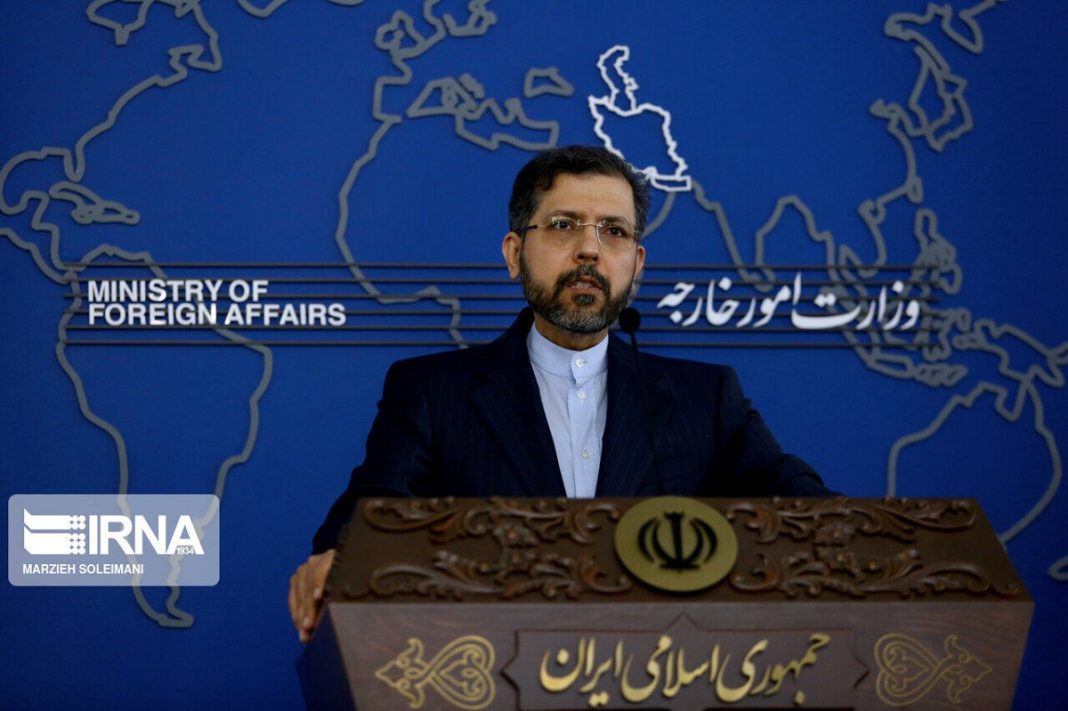 The Iranian foreign ministry spokesman has warned against any anti-Iran resolution at the meeting of the International Atomic Energy Agency (IAEA) board of governors.

Saeed Khatibzadeh added Iran will respond proportionately to any action in the IAEA meeting, reiterating that any move against Iran will adversely affect Tehran’s cooperation with the agency.
He said the director general of the IAEA has unfortunately issued a hasty report on Iran that he had earlier given before the European parliament.
Khatibzadeh added that Iran declared at the same time that given the fact that the third round of the bilateral talks was not over yet, the conclusion of the IAEA chief was such that it had been decided in advance the report had to be biased.
He noted, “We have held three rounds of talks up until now and we once gave our views and reposes in writing”.

According to the Iranian Foreign Ministry spokesman, Rafael Grossoi’s report is inaccurate and ignores Iran’s moves and at the same time it seeks to insinuate an unlikely and weird narrative about Iran’s plans, which is mostly based on claims that show footprints of the fake Zionist regime.

Khatibzadeh added that Iran accepts neither the IAEA report nor the efforts by the European troika to push for an anti-Iran resolution at the board of governors.
Khatibzadeh also urged the members of the board to be wary of the Zionist regime’s ill-intentions.

The Iranian Foreign Ministry spokesman added, “We wouldn’t prejudge but we will give a proportionate response to any move