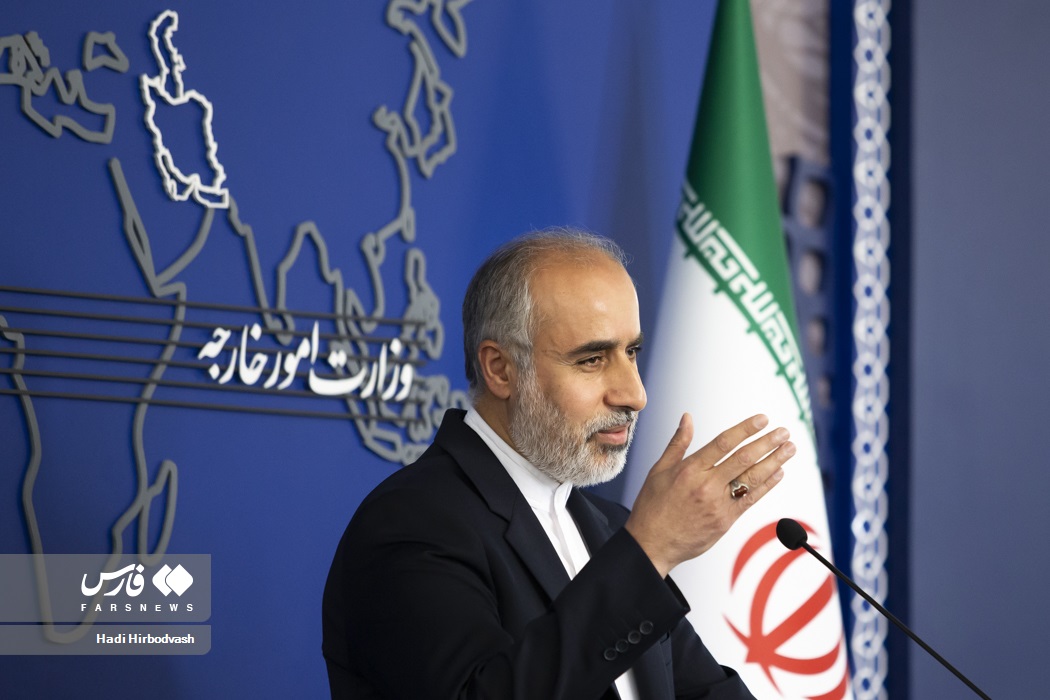 Iran’s foreign ministry spokesman says the comments by the director general of the International Atomic Energy Agency on the country’s nuclear activities are not technical and professional.

Nasser Kanaani was referring to the comments by Rafael Grossi on Iran “galloping away” from its nuclear commitments.

“We do not consider such comments technical and professional and call for [respect for] the principle of neutrality, fairness and avoiding politically-motivated remarks,” he said.

Some of Grossi’s comments, the spokesman said, are identical to those by Israeli officials.
Kanasani added that Grossi needs to respect the principle of impartiality and respond to Iran’s good will.

The spokesman also talked about the war in Ukraine and underlined the need for the diplomatic resolution of the situation.

“Iran will not stand with one party against the other in the Ukraine war,” he said.
Kanaani also said five rounds of talks with Saudi Arabia in Baghdad brought about good and promising results.

He added that Iraqi Foreign Minister Fuad Hussein reiterated in his phone call with Iranian Foreign Minister Hossein Amirabdollahian that the Saudi crown prince, on the sideline of the recent Jeddah summit, had expressed willingness and readiness for official, open and political talks between Iran and Saudi Arabia.

This, Kanaani said, is a positive step in Iran’s viewpoint.

The spokesman also talked about the verdict by the Belgian appeals court about Iranian national Asaddollah Assadi.

“We continue our talks and contacts with the Belgian government. We believe that the Iranian diplomat is innocent and want his unconditional release,” he said.

Kaaani also said Iran has no plan to downgrade its relations with Sweden.

He said Iran summoned its ambassador to Sweden for consultations regarding the verdict issued against national Hamid Nouri, which he described as “unfounded” and “unconstructive”.

The spokesman also turned to the “problems” along the border between Syria and Turkey, describing them as “somewhat complicated.”

Part of this, he said, is due to the policies of the US and its explicit and implicit support for “some groups.”

“Both in the Tehran summit and the bilateral talks with Turkish officials, it was reiterated that it is necessary for disagreements in northern Syria to be resolved through joint cooperation of the Syrian and Turkish governments,” he said.

He also noted that Iran’s ties with Kuwait are “positive”, stressing that the country has appointed an ambassador and this has been approved.

He expressed hope that the Kuwaiti ambassador will arrive in Tehran in the near future.
Kaaani also said the atmosphere is also positive concerning the ties with the UAE.
“All in all, we are witnessing a progressive and positive atmosphere in the ties between Iran and brotherly and friendly countries in the region,” he said.

The spokesman also talked about the recent attack on Zakho tourist hub in northern Iraq.
He said terrorism is a “common threat” for Iran and the governments of Iraq and Turkey adding that the attack is a source of regret.