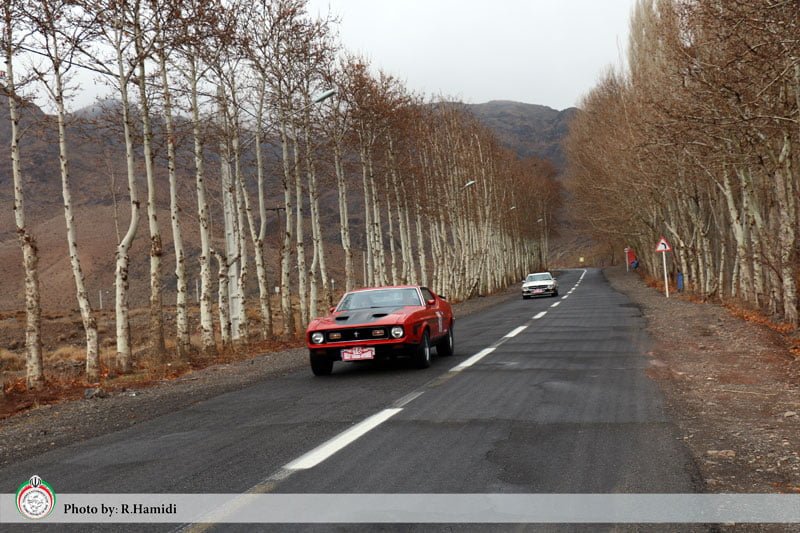 Iran’s Touring and Automobile Club has organized a vintage car rally between Tehran and Isfahan provinces with the aim of promoting safe driving culture and domestic tourism.

The rally was held on February 15 and 16 between the capital Tehran and the historical village of Abyaneh in the central district of Natanz County, Isfahan province.
“The rally was aimed at promoting safe driving culture and domestic tourism, introducing our national and historical capacities and assets in the automotive industry, making the rally’s participants more familiar with the Tehran-Abyaneh route’s tourist attractions and preserving vintage vehicles,” the public relation of Iran’s Touring and Automobile Club said in a statement.

Head of Touring and Automobile Club, Salman Yarmohammadi, said Iran’s traffic laws ban some vintage vehicles from the roads and this has put them on the verge of ruin. “It’s up to us to prevent them from turning into a wreck by holding tourist rallies like Tehran-
Abyaneh rally and showcase them in special exhibitions.”

He went on to say vintage vehicles with over 25 years of age attended the rally which began on February 15 from Niavaran Cultural and Historical complex in Tehran. “Despite being old, the cars enjoyed appropriate technical features.”

According to Yarmohammadi, endurance of the drivers along the route, their decision-making skills to avoid crashes, ability to make correct routing and right navigation and capability of making accurate calculations to reach the control centres on time were among the main criteria to choose the final winner.

He said the rally was held in two parts. Having reached Abyaneh village, the drivers left behind the first day of the rally and prepared for the second part on February 16.

“On the second day, the drivers began their journey back to Tehran,” he concluded.