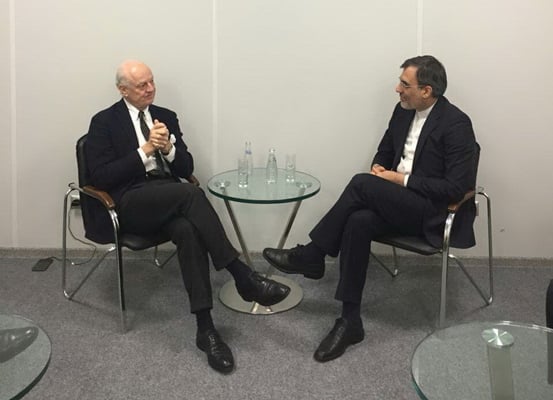 During the Monday and Tuesday meetings, the two sides held consultations on the resolution of problems in formation of the Syrian Constitution Committee and the forthcoming round of the Syrian International Peace Talks in Kazakhstan’s Astana.

The peace talks are scheduled to be held at the end of next week in the capital city of Kazakhstan.

Jaberi Ansari, who is Iran’s top negotiator at Syria Peace Talks, last week met with Syrian President Bashar al-Assad, Foreign Minister Walid Muallem, and some other political and security officials to discuss the latest developments in the Arab country and issues related to the constitutional committee.

During those meetings Jaberi Ansari expressed hope that, in light of successful consultations, the way for the formation of the Syrian Constitution Committee would be paved.

He also raised hope that such a move will lead to a serious Syrian-Syrian dialogue.