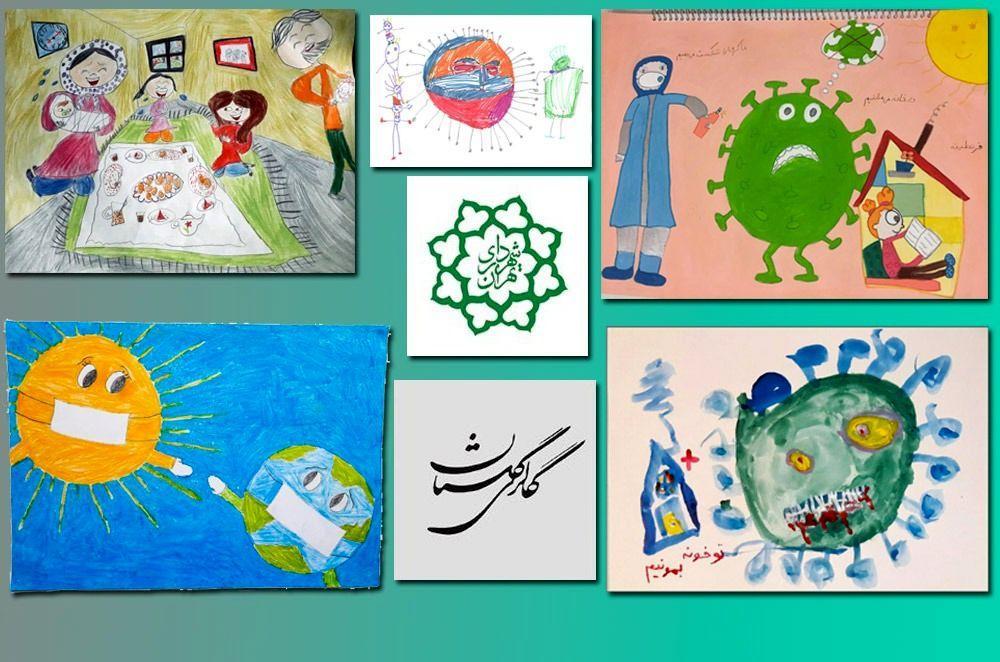 Tehran’s Golestan Gallery has held a painting competition for children during the days of COVID-19  lockdown.

In collaboration with Tehran Municipality, the gallery has organised the painting contest for children under the age of 10 locked down at home due to the outbreak of the coronavirus.

Lili Golestan, a prominent translator and the owner and art director of the Golestan Gallery, has told Honar Online that the painting contest called “Quarantine” is open until May 9 and those interested can participate.

Golestan says the painting contest was very well received. “To date, about a month after the call, we have received 885 works, which will continue until Saturday, May 9.”

“On average, I get about 30 to 40 works a day, which is a good thing. However, the interesting point is that I have received paintings from Iranians residing in other countries such as the United States, France, Britain, Qatar and Oman,” she said.

She went on to say that most of the works belong to children between the ages of seven and nine, but there are also works by children under the age of six.

“Accordingly, for the convenience of the jury and in order to be fair, we divided the works into two sections of under six and over six, and the prizes of each section will be awarded separately.”

Golestan expressed dissatisfaction with some of the works created by the parents, saying “Unfortunately, this issue was quite evident in the works. So we took all of these works out of competition.”

The director of Golestan Gallery further elaborated on the quality of the works and the topics mostly seen in these works. “I have not been in contact with children for many years and so much imagination was really interesting to me.”

“There is a lot of pure imagination in these works. Looking at these works, I feel very good and smile. Most of the works are about the atmosphere at home and the things people do, and also the dissatisfaction caused by the coronavirus forcing people to stay home.”

The interesting point in these works is the excellent reflection of all the situations and events that take place at home. In most of these works the sentence “We defeat Corona” is mentioned showing that the children hope to defeat the disease. This has made the paintings very motivating, she continued.

Golestan also talked about the jury and the reasons they were chosen. “Farshid Mesqali has been painting and illustrating for children for many years and his works are very lovely. Kambiz Darmbakhsh can easily understand the humour of the works because he is a cartoonist, and Tara Behbahani, who has been teaching children for many years, knows their feelings well.”

About the Municipality’s collaboration she noted, “A few days ago, we received an email from Tehran’s Municipality asking us to provide them with selected paintings to screen them on a city wall. They also called from the office of the deputy mayor of Tehran expressing desire to enter the competition and publish a book of selected works to send to the mayors of other cities around the world. They offered to award the first ten winners a cash prize and the next ten people a plaque of appreciation. They also offered to display some selected works on a wall. We welcomed the proposal, and it was decided to provide them with the selected works.”

Golestan said it has yet to be decided how the closing ceremony will be held and the prizes will be awarded amid the coronavirus pandemic, but the winners will be announced in early June.

“The top three kids will be awarded cash prizes by Golestan Gallery and the next 20 people will be awarded prizes by Tehran Municipality, and as I said before, the prizes are given to two age groups of under six and over six.”

All children under the age of 10 can submit their works to Golestan Gallery‘s website at [email protected] by May 9.