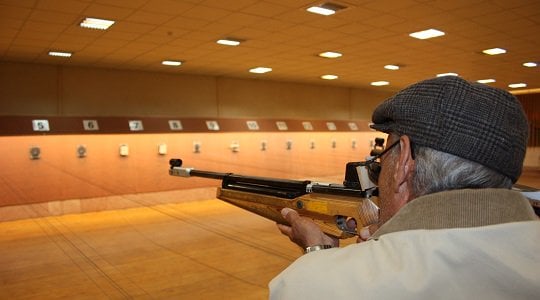 An Iranian official says a permanent committee will be set up for the National Sports Festival of the Retired.

Director of Iran’s Civil Servants Pension Fund, Mahmoud Eslamian, said the Sports Festival for the Retired is going to be held every year, IMNA reports.

Eslamian also added that the government is to implement a plan for the cost-free admittance of the pensioners to the provincial sports complexes.

“In this regard, sport committees are formed in coordination with the Ministry of Sports and Youth in the provinces to create conditions where pensioners could enjoy sports facilities.”

He said a sports festival with 5,000 pensioners taking part is one of the successful programs by Civil Servants Pension Fund to return vitality and health to the retired.

Eslamian expressed hope that in the coming years the festival would be held in a much better way with participation of more competitors.

The Iranian official said that 1,300,000 pensioners are considered a huge social capital and support for the Pension Fund.

“Effective interaction at different levels with the retired people, who once were top managers and experts in the country, helps manage the fund in a better way to achieve its goals and give services to its target community,” he pointed out.

Eslamian also referred to recreational and pilgrimage tours as the other plans for the pensioners saying that Civil Servants Pension Fund provided travel financial assistance for 150,000 pensioners last year, and it will hit 200,000 this year.

“The Fund pays over 170 dollars to each pensioner for pilgrimage tours and about 100 dollars for domestic tours.”