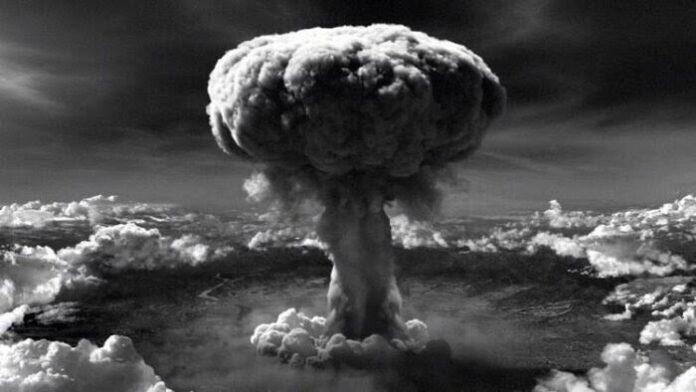 Iran’s foreign ministry spokesman says the 76th anniversary of the US nuclear bombing of the Japanese city of Hiroshima is a reminder of a grave crime against humanity by Washington.

“The Hiroshima incident demonstrates that this country [the US] is ready to put in every effort and take every inhuman action to achieve its illegitimate and insensible objectives,” Saeed Khatibzadeh said.

“The memory of the victims of this incident is a reminder to the world of the necessity of pursuing and seriously realising the exalted ambition of a world free from nuclear weapons and underlines that the dark shadow and the permanent threat of such weapons are putting the international peace and security at risk.”

The spokesman also slammed the double standards the US and other nuclear powers apply to the issue of nuclear weapons.

“Nuclear powers, including the US, have declared their clear commitment for permanent nuclear disarmament, within the framework of international agreements, especially the Nuclear Non-Proliferation Treaty (NPT). In spite of that, not only no practical and serious step has been taken in this regard, so far, but also these countries, led by the US, are increasingly modernising their arsenal, on the one hand, and increasingly focusing on nuclear arms in their military-security doctrines, on the other,” Khatibzadeh said.

“The Islamic Republic of Iran, unswervingly, within its fundamental policy on international disarmament for all, and while reiterating equal and peaceful use of nuclear energy, has always considered keeping, using and threatening to use such unconventional weapons to be against all human criteria and international legal obligations and declares its strong determination to advance and realise the ambition of a world free from nuclear weapons and is always ready for constructive cooperation with the international community.”

The spokesman also called for steps by other countries in this regard.

“Accordingly, it is necessary that all countries take practical and legal steps to cooperate on full nuclear disarmament, which has been clearly stated in article 6 of NPT, away from biased political approaches of some countries, which are in possession of nuclear arms,” he stressed.