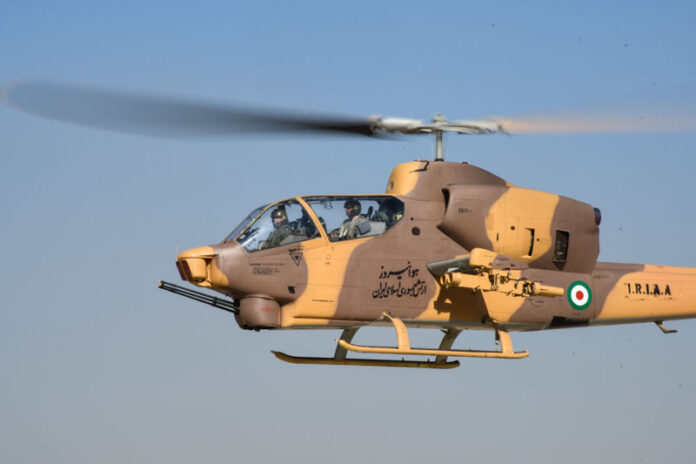 A Senior Iranian commander says the Islamic Republic is in possession of the most powerful helicopter fleet in West Asia.

Commander of Islamic Republic of Iran Army Aviation, Brigadier General Yousef Qorbani, said Monday the country has the largest helicopter fleet in the West Asia which gives it an upper hand.

He went on to say that visitors from friendly and neighbouring countries, who have visited the Army Aviation facilities, have approved this claim.

“Not only in numbers, but also in combat and deterrent power we are the most powerful in this region. At the same time, with the huge helicopter fleet at our disposal, we have the fifth largest chopper fleet in the world.”

“Today, despite sanctions, we have created many opportunities in the aviation industry,” added Qorbani in an interview with Fars News Agency.

He further mentioned that Iran has upgraded the choppers firepower to suit the conditions of today’s wars, in a way that Iranian choppers will no longer fire at the enemy at close range, but they target the enemy in the form of Fire and Forget.

“Over the past few years, a great deal has been carried out in collaboration with the defence industry. We have our own weapons infrastructure in the army aviation. We have classified the ways to use these weapons; that is, the weapons and tactics we may use against a terrorist group are different from the weapons we may use in an equal or unequal battle.”

He added that today, the power of Iran’s missile systems in the Aviation Force is tremendous.

“We have a variety of guided missiles, and from very long distances we can fire our missiles to hit the enemy. On the other hand, we are combining weapons with night vision systems so that we can strengthen our combat capability at night,” he continued.

Elsewhere in his remarks, Qorbani said the Army Aviation has put the issue of self-protection on the agenda and is working on it to protect helicopters and pilots.

“We had successful tests. This is one of the necessities of our work, and thank God, we are focusing on self-protection to equip our helicopters with self-protection system.”

He underscored that at the time of natural disasters like floods, earthquakes, etc., it is the Army Aviation that creates air communication when the roads are closed.

“During the Kermanshah earthquake, we carried out 500 sorties till midday, which was unprecedented in the world. In the floods of Golestan and Lorestan, where all roads were closed, it was the Army Aviation that helped the people. That’s why we say the Army Aviation is really useful. Today, we are covering 18 provinces of the country in the form of air emergencies. In various elections, it is the Army Aviation that transfers ballot boxes to hard-to-reach areas,” concluded General Qorbani.