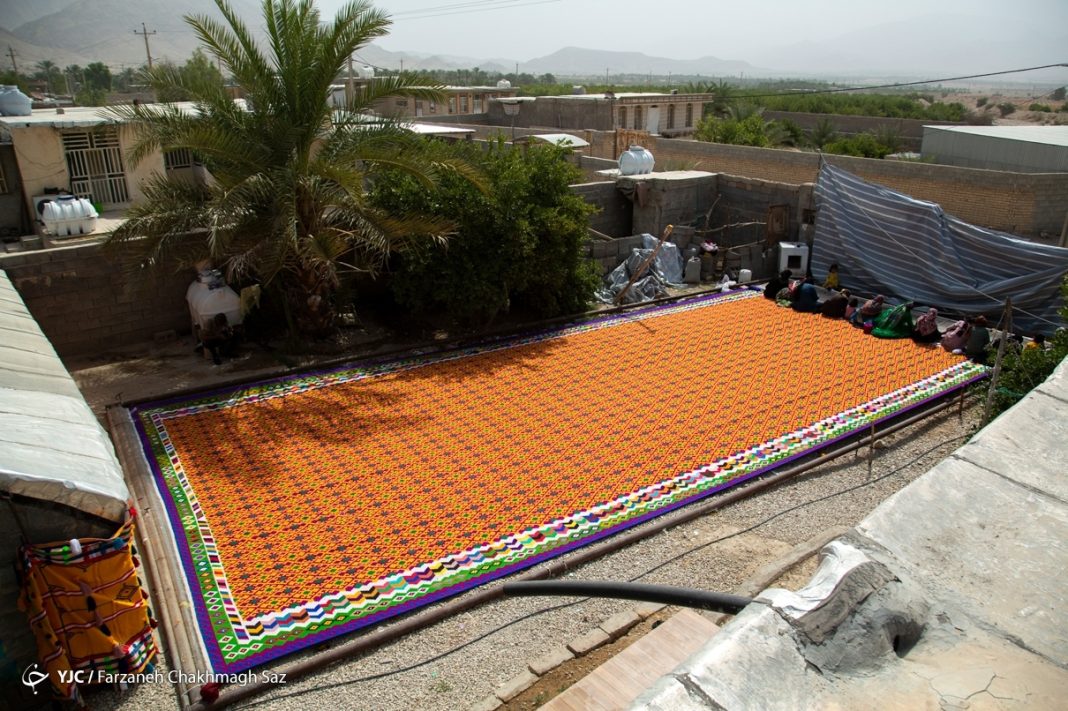 The largest Iranian kilim, measuring 105 square meters, has been woven by seven full-time and three part-time weavers in a matter of 40 days in Havarz Village in Iran’s Fars Province, with a design by and under the supervision of a distinct entrepreneur lady.

The kilim was woven on an order by Qatar. In weaving it, some 1,890 piles, equivalent to 66,150 meters, have been drawn, making it the largest kilim ever woven. 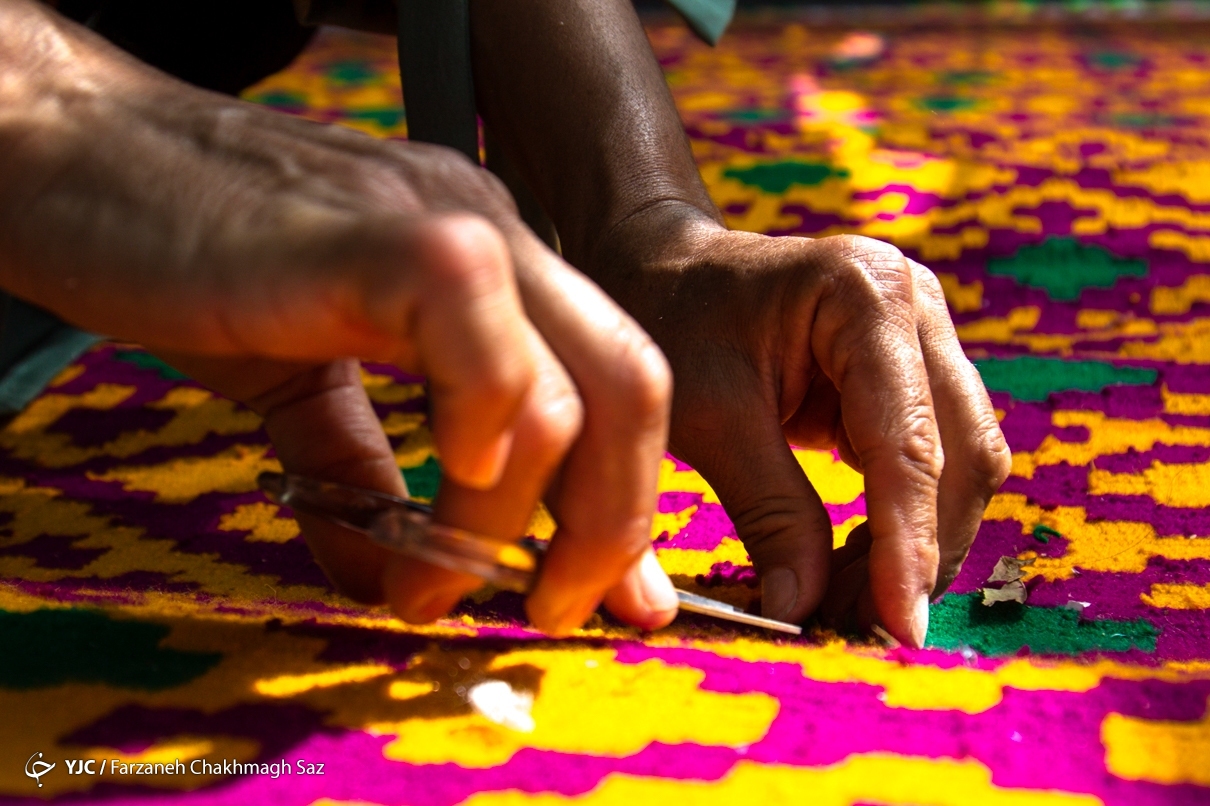 A history of the Iranian kilim

Kilims and its various types are the most famous and most popular artifacts used in Iranian homes. Kilims have a smooth lint-free surface. In the past, it was common to weave kilims using the wool or hair of goats. But gradually, cotton was also used.

Today, since synthetic fabrics have found their way into the industry, many kilims are woven using synthetics such as acrylic threads.

Kilim weaving takes place in most parts of Iran; therefore, each kilim, having its unique design and colors, is attributed to a special region; the most important Iranian kilims based on geography are Shahsavani, Lori, Khamseh, Baluchi, Hersin, Qashqai, Saneh, Turkmen, Zarandi, and Afshari.

Kilims in Iran are generally either simple-weave (with one side, and a predetermined geometric design), or embossed floral (with a simple background but embossed floral patterns like a rug), or verni (lint-free kilims with imaginative designs). 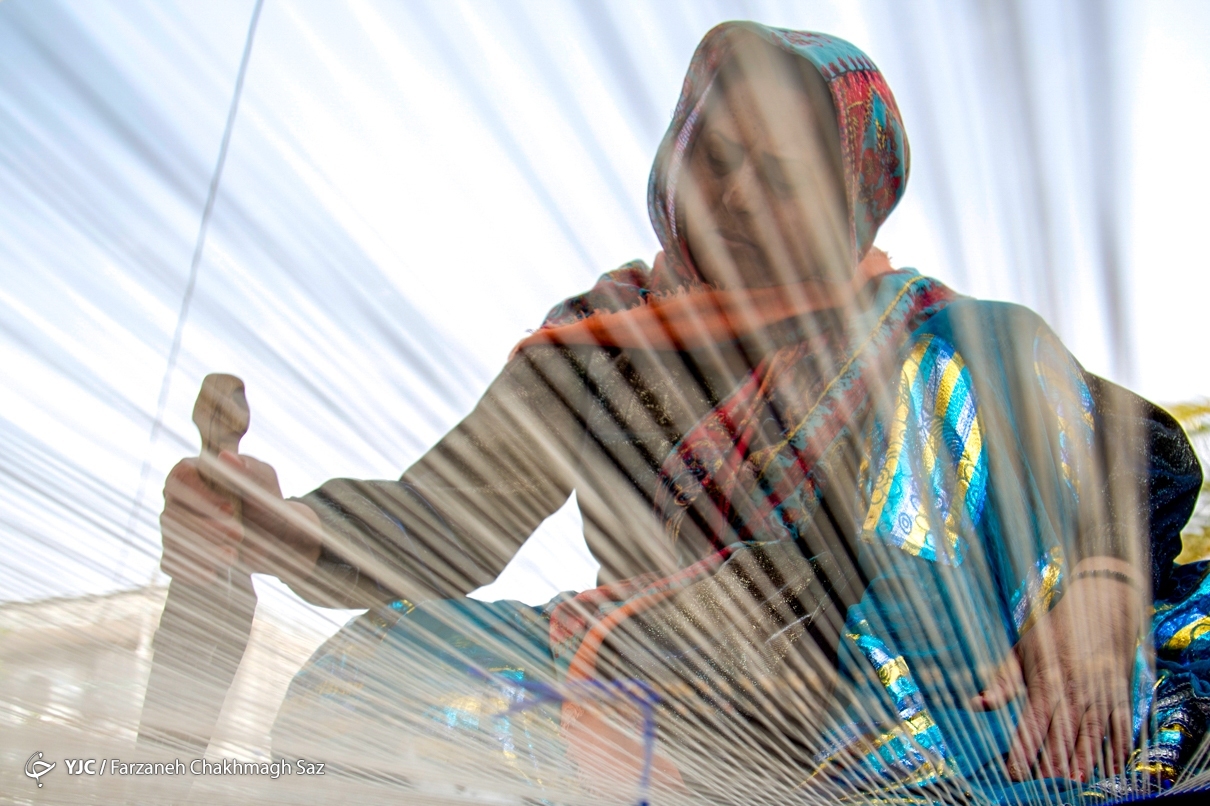 The measurements of the Iranian kilims

Kilims differ in measurements depending on their usage. For instance, smaller ones are used as janamazi (prayer mats), and larger ones as chador shab.
Kilims and jajims are generally classified into the five groups of small kilims, kilimchehs, medium kilims, large kilims, and long kilims.

A long kilim is often over four meters in length and almost two meters in width. But today, the world’s largest kilim has been woven in Fars Province, which is several times larger. 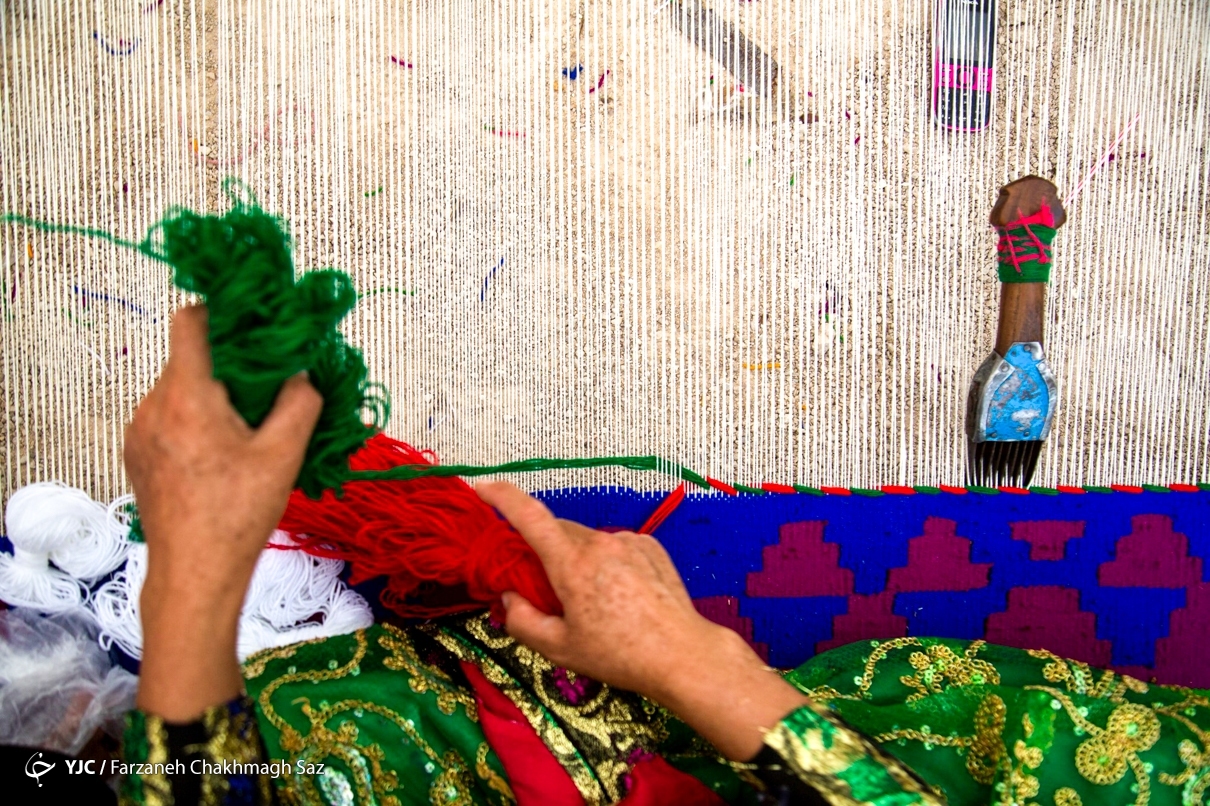 Karezin is a city in Fars Province, in southern Iran. It is located in the center of Qirokarezin County. The county dates back to 5,000 years ago.

Qir means border in old Pahlavi, and it is called that because it is located on the border of warmth and coldness. Ten kilometers in Qir’s north has a cold climate and toward the south, the climate becomes warm. This county is famous for its high-quality and various agricultural produce, but it is also famous for woven products, such as kilims.

Hayghar Canyon, which is known as Iran’s Grand Canyon, is one of the most amazing canyons in the world. It is also one of Fars Province’s tourism attractions, standing tall alongside the city’s historical monuments. Some experts say Hayghar Canyon is an Iranian geopark. 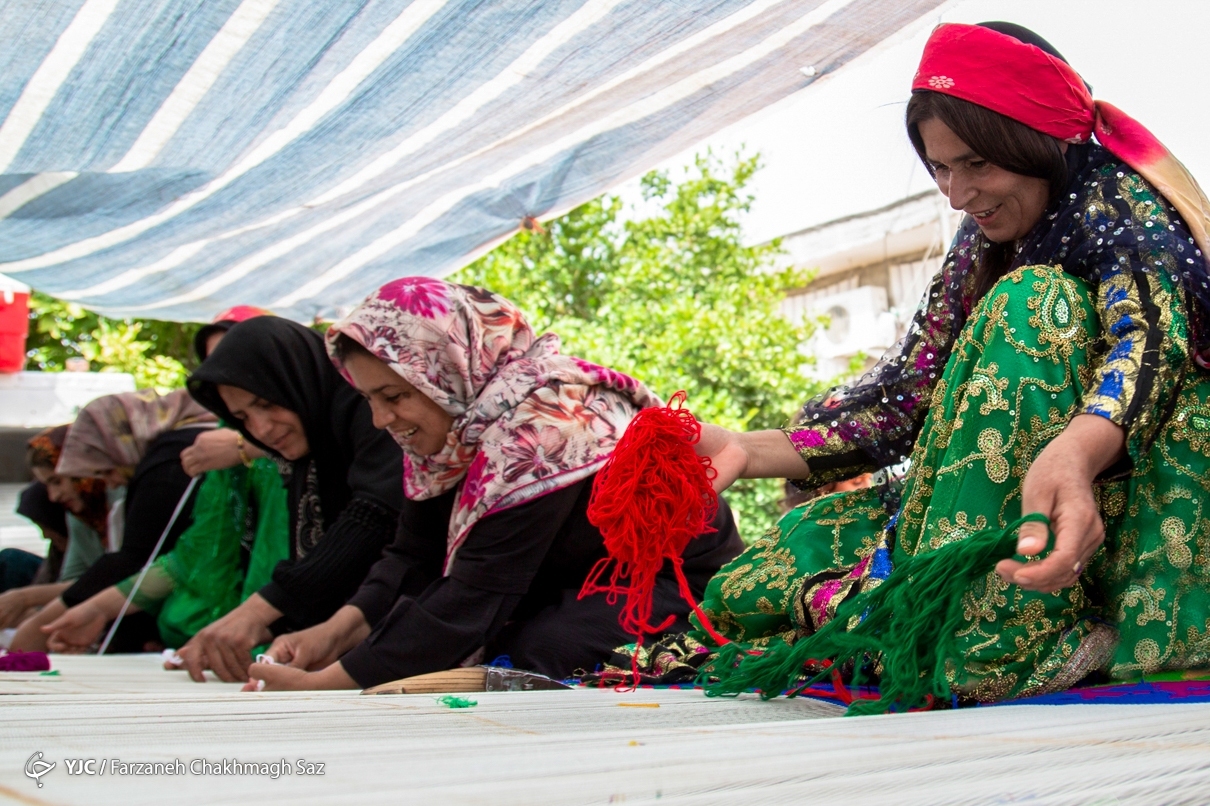 These photos have been published by YJC.

Answers to your questions about the Iranian kilim

1. What qualities does a good kilim have?

It can be said with certainty that any kilim that has more and more dense weft is more valuable.

To check that, raise the kilim, pick a section, and use both hands to pull it to opposing sides. Two things could happen to your kilim: Either, your kilim is so dense that it will completely resist the pulling and not change in shape, which would mean that the kilim is high-quality; or, the kilim would have elasticity and would expand, and often its white tarps will show, in which case it should be said that the kilim is not high-quality.

2. Where are the most famous kilims woven?

Qashqai kilims are one of the most famous Iranian kilims