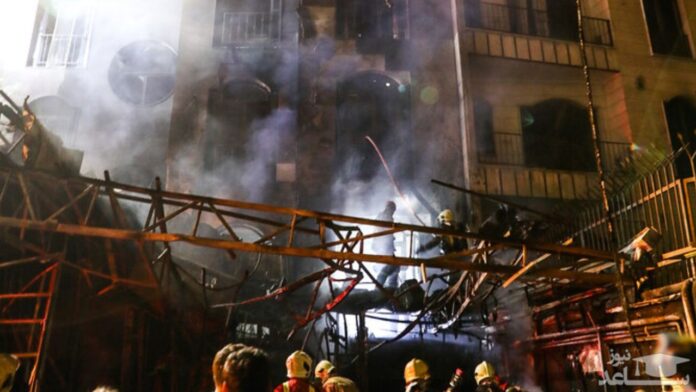 Iranian government spokesman Ali Rabiei has expressed condolences to the families of those killed in an explosion at a clinic in Tehran.

Rabiei emphasized that those wounded in the incident should be cared for and treated well.

“Relief, rescue and medical treatment personnel, including those of the Fire Department, emergency centres and the Red Crescent Society immediately began to save the victims and stop the spread of the fire from the very early minutes of the accident,” he said.

“Since the early minutes after the news of the explosion broke and dimensions of the accident began to come to light, Cabinet members had been following up on the relief work,” he said.

“Senior managers at the health ministry, the Tehran Governor General’s Office and the Tehran municipality as well as other relief and military personnel arrived at the scene immediately and monitored the relief work,” the spokesman added.

He said an investigation is underway into the cause of the tragic accident, and details of the incident will be announced accordingly.

He noted relief operations are still underway and efforts are being made to prevent any further casualties.

At least 19 people were killed and 14 others injured in an explosion at a medical clinic in the north of Iranian capital, Tehran, on Tuesday.

Officials say the blast was likely to have been caused by a gas leak in the facility. A full assessment of the extent of the damage is yet to be announced.