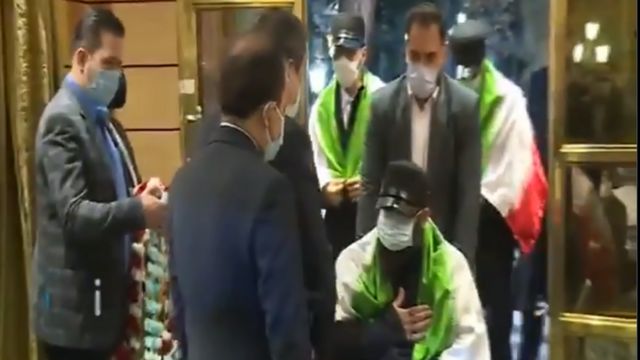 An Iranian deputy foreign minister has elaborated on a “unique prisoner swap” that resulted in the release of three Iranian nationals jailed in Thailand in exchange for an Australian convict after intensive tripartite diplomatic arrangements.

“On Wednesday, November 25, 2020, three Iranian prisoners held in Thailand were exchanged for an Australian prisoner in Tehran as a result of an intensive diplomatic work with Thailand and Australia for more than a year,” he added.

The Iranian deputy foreign minister said the prisoner swap was “unique in itself”, noting, “Three countries were involved in the swap and a trilateral interaction was held; Three Iranians were released in exchange for only one foreigner; The swap was carried out at Tehran’s airport, meaning that first the three Iranians were released and arrived in Tehran, and then the Australian prisoner left the country; The swap was performed with an exclusive Australian airplane that carried the Iranian inmates to Tehran first.”

Araqchi said he went to the airport at the time of the prisoner swap to make the final arrangements and make sure that the Iranian diplomats’ year-long efforts and hundreds of hours of political consultations would yield results.

“I had the honour of receiving my three dear fellow countrymen. After the arrival of the three persons and making sure about their health, the order for the transfer of the Australian prisoner was issued,” Araqchi added.

The exchange of prisoners is customary and accepted by the international norms, and is by no means in violation of the sovereignty of the Judiciary, the deputy minister underlined, adding, “In all countries, after the judicial procedures are over and a person is sentenced to prison, the possibility will be opened up for an exchange. In our country, this is possible with the approval of the Supreme National Security Council. The other countries have their respective procedures.”

Araqchi finally noted that the Ministry of Foreign Affairs of the Islamic Republic of Iran has made arrangements for at least five cases of prisoner swap over the past year, pointing to exchanges with the US (twice), France, Thailand, and Australia (twice) that resulted in the release of eight Iranians (including academics and people involved in countering sanctions) for six foreign inmates held in Iran.