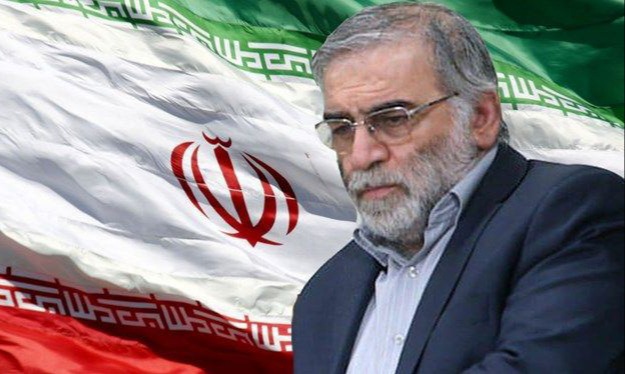 Iran has released more details of the assassination of prominent nuclear and missile scientist Mohsen Fakhrizadeh, who was killed today by a group of assassins.

Fakhrizadeh accompanied by two bodyguard vehicles arrived in Absard town east of the capital Tehran at around 2 pm local time on Friday, November 27, 2020.

His car was stopped when fires were shot one kilometer past the entrance to the town near a garden known as Sarhang. Afterwards, a Nissan pickup loaded with lumber and explosives hidden underneath blew up.

After the explosion, the street was littered with lumber within a radius of 500 metres. The pylon next to the pickup truck was also damaged by the explosion. Then terrorists who had been waiting in ambush began firing at the scientist’s car from unidentified locations. They also gunned down one of Fakhrizadeh’s bodyguards who jumped to save the scientist.

However, Fakhrizadeh was wounded in the shootout and sustained severe injuries. After the firing died down, several terrorists fled the scene. Search is underway to spot their hideout in Damavand.

Immediately after the gunfight, Fakhrizadeh was taken to a nearby clinic before being medevacked to hospital, where died of the injuries.