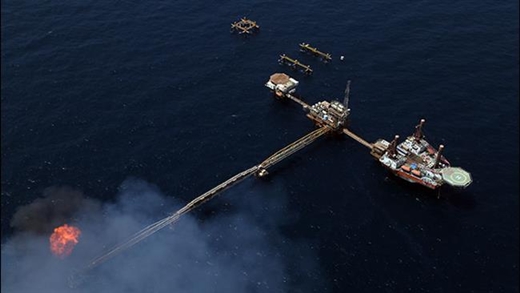 The deal with the French company would cut Iran’s flaring of the associated gas in the offshore Persian Gulf fields by one-fourth.

A French company has proposed to buy associated gas from an offshore Iranian oilfield in the Persian Gulf in order to convert it into liquefied natural gas (LNG), Oil Minister Bijan Namdar Zanganeh said.

The offer marks the first of its kind to Iran by a foreign company to use natural gas associated with oil production instead of burning it off as the country often does in a practice known as flaring.

With the finalization of the agreement, nearly 25% of flaring at the Forouzan platform will be halted, Zanganeh told Channel 1 of the national television without naming the French company.

The Fars News Agency said the French company has proposed to partner with Iranian firms for processing the associated gas from Forouzan oil wells at a separate platform which they plan to build nearby before converting it into liquefied natural gas (LNG).

Iran planned to pump the associated gas from the Forouzan field, which it shares with Kuwait, through pipeline to an LNG facility at Kharg Island before intensified sanctions prevented the scheme from taking off.

According to figures released by the Ministry of Petroleum, about 5.4 million cubic meters (189 million cubic feet) of associated gas is burnt off per day at the Forouzan platform.

The deal with the French company would cut Iran’s flaring of the associated gas in the offshore Persian Gulf fields by one-fourth.

A possible deal comes in the wake of intensive negotiations held in recent months for the sale of associated gas, with the talks reportedly stuck over the period of the contract.

The overall associated gas from the offshore Persian Gulf oil wells is estimated at 20 million cubic meters per day, which equals the flow from a single phase of the giant South Pars field.

Beside the energy loss, the flaring of associated gas significantly harms the environment.