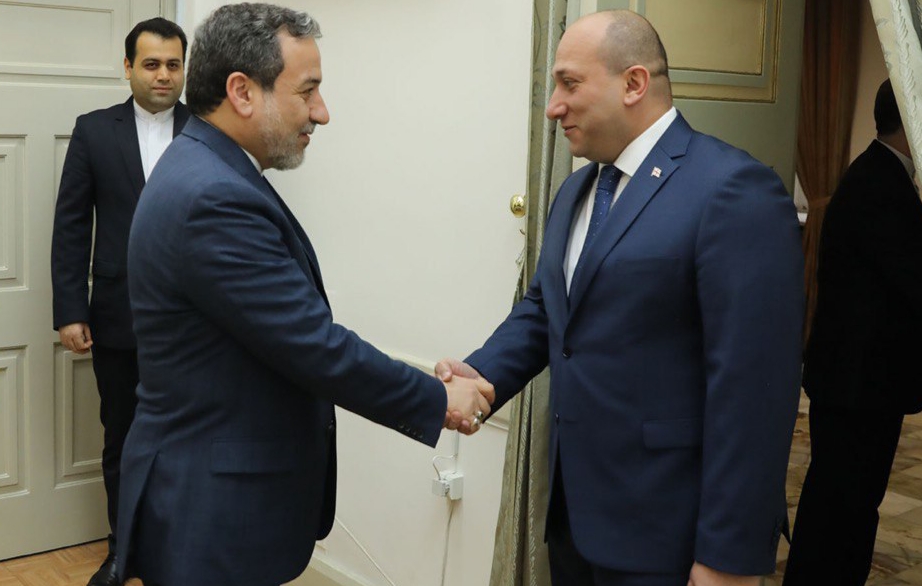 Deputy foreign ministers of Iran and Georgia have held the third round of political consultations in Tehran, with both calling for the expansion of relations between the two neighbours in all fields.

Deputy Minister of Foreign Affairs of Georgia Alexander Khvtisiashvili, who has visited Tehran for the third round of political consultations between Iran and Georgia, held a meeting with Iranian Deputy Foreign Minister for Political Affairs Seyyed Abbas Araqchi on Sunday, December 8.

In the meeting, Khvtisiashvili highlighted the historical ties between the two countries, and expressed Tbilisi’s readiness and willingness to broaden relations with Iran in all fields.

The Iranian diplomat, for his part, pointed to the extensive cooperation between the two countries in the past years, and described the advantages that Georgia offers in the transit of energy and commodities as a good opportunity for the promotion of mutual cooperation.

Pointing to the problems caused by the imposition of the US’ unilateral sanctions against Iran, Araqchi said the sanctions could provide new opportunities for cooperation between the two countries.

Iran’s relations with its neighbours in the region, including with Georgia, are not affected by the foreign factors, he underlined, stressing the need for independent expansion of the bilateral relations.

Referring to the presence of a considerable number of Iranian nationals in Georgia, the Iranian deputy foreign minister emphasized the necessity for the resolution of consular problems and for the immediate signing of judicial documents between the two governments.

Araqchi also expressed hope that the extradition of prisoners and convicts between the two countries would be possible soon.

The Iranian and Georgian delegations also discussed the JCPOA and the regional issues, including the developments in the Persian Gulf and Abkhazia, in the fresh round of political consultations.