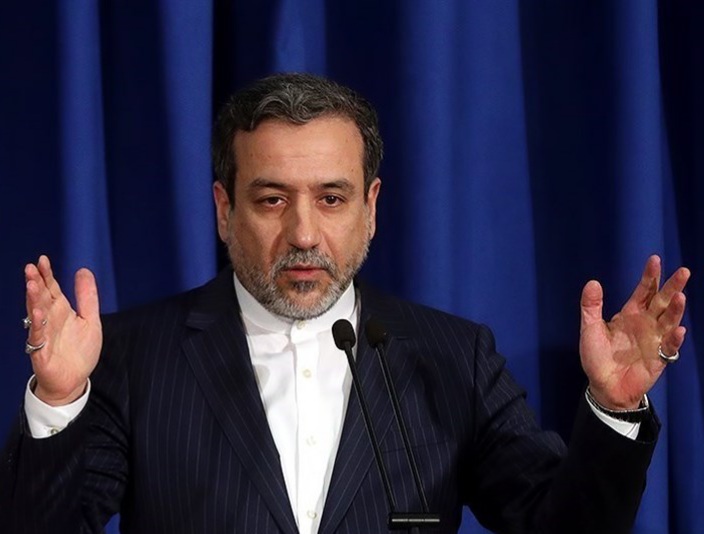 Iran’s Deputy Foreign Minister Abbas Araqchi has hit back at the British foreign secretary for urging the release of an Iranian-British prisoner, saying it is the US that is hindering her release.

“You know better than anybody else that deal for release of 10 prisoners – including Anoosheh Ashoori – was concluded weeks ago but your friends in [Washington] DC froze it,” Araqchi said in a tweet.

“Ashoori and 9 more are taken hostage by US for political goals. Hope you’ll explain this to your own people.”

Araqchi was responding to Dominic Raab’s tweet in which he accused Iran of “arbitrarily” detaining dual nationals.

“On the 4th anniversary of Anoosheh Ashoori’s detention, I call on Iran in the strongest possible terms to free Anoosheh, and all our dual nationals arbitrarily detained, so they can be reunited with their families,” Raab had said in a tweet.

Last month, Iran’s Foreign Ministry Spokesman Saeed Khatibzadeh said Iran spoke indirectly with the US and also talked with the UK on the “humanitarian” issue of release of prisoners. He said the talks were held on the sidelines, but separate from, the Vienna talks on the revival of the 2015 nuclear deal.

Khatibzadeh said all sides agreed on a prisoner swap deal but the Americans failed to do their side of the deal. He said it later turned out that the Americans had tied the issue to the nuclear talks and their result, which the spokesman described as “wrong”.

“We advise them to stop exploiting the humanitarian issue for political ends and, instead of hollow statement, take action so that Iranian families can [at least] reunite with their families, [even] if they [the Americans] are not interested in the release of other prisoners,” he said.

He added that the option of a prisoner swap is still available to the Americans and the British if they fulfill their side of the deal.