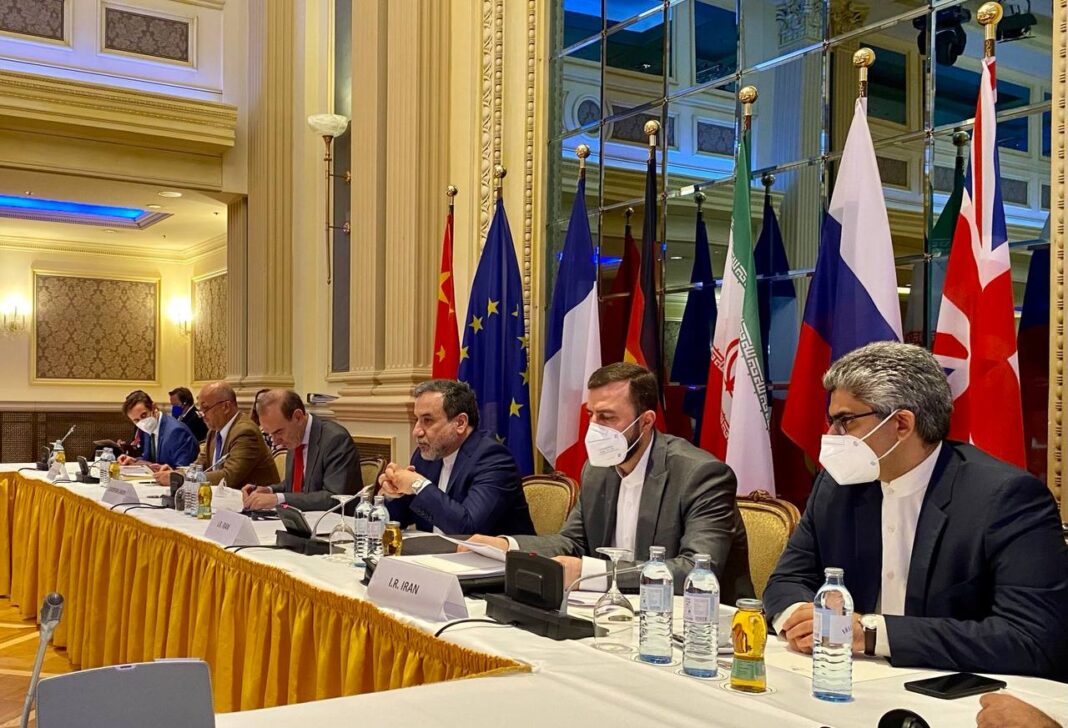 At the close of the sixth round of talks in the Austrian capital, Vienna, aimed at reviving the Joint Comprehensive Plan of Action (JCPOA), a meeting of the JCPOA Joint Commission was held chaired by Deputy Secretary General of the European External Action Service (EEAS) Enrique Mora.

In the meeting, the heads of the delegations expressed content with ongoing and relentless efforts by the expert teams and jointly evaluated the outcome of the current round of negotiations.

Also present at the meeting was Iran’s chief negotiator Seyyed Abbas Araqchi, who touched upon the headway made during the current round of talks, especially with regards to the draft texts of the talks.

He said serious decisions need to be made in the capitals of the countries which are parties to the talks in order to resolve key outstanding issues.

He called on parties to the negotiations to adopt the necessary measures seriously, realistically and resolutely in order to protect and revive the JCPOA.

Araqchi also said the negotiating teams are closer to reaching an agreement than ever.

He expressed hope a deal can be clinched in the upcoming round of negotiations, but noted that it cannot be guaranteed.

The heads of other negotiating teams also confirmed the progress made in the talks, and highlighted the need for all sides to work, with a constructive approach, towards paving the way for reaching an agreement.