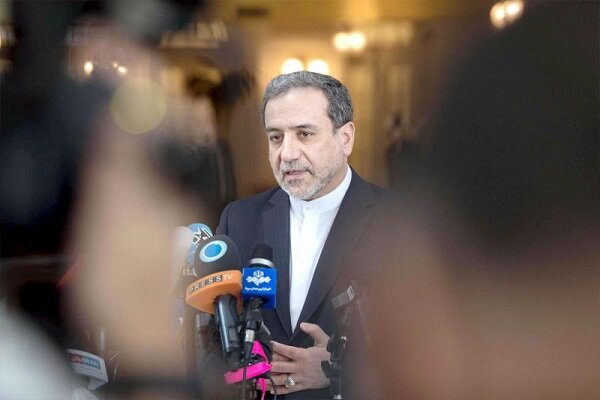 Abbas Araqchi said he discussed the latest developments surrounding the Vienna negotiations with the MPs sitting on the Parliament National Security and Foreign Policy Committee, adding he cherishes this opportunity to use the MPs’ insights.

Expressing pleasure over the meeting, he said, “There was a very good interaction today; of course, these interactions have already existed and we exchanged views with the representatives. Today, some representatives made good suggestions, some had questions that were answered. These meetings help to build national understanding and consensus.”

So far six rounds of negotiations have been held between Iran the P4+1 group for reviving the nuclear deal, officially called the JCPOA. The U.S., which quit the JCPOA during Trump’s presidency, is participating in the talks indirectly. The talks are being led by the European Union.

“We are almost reaching the final stages. There are a series of issues that have been sufficiently negotiated and it is time for the countries to decide,” Araqchi explained.

Stating that the Islamic Republic of Iran has already made “tough decisions,” he said that when the United States withdrew from the JCPOA and Iran decided to stay in the deal, it was Iran’s big and difficult decision that has led to the preservation of the nuclear deal until this date.

“Now it is the turn of the negotiation parties, and according to the negotiations we had, they must decide and reach a conclusion on the revival of the nuclear deal in order to reach an agreement,” he highlighted.

The chief nuclear negotiator underlined that it is time for all sides to make decisions. “The other parties must make their tough decisions.”