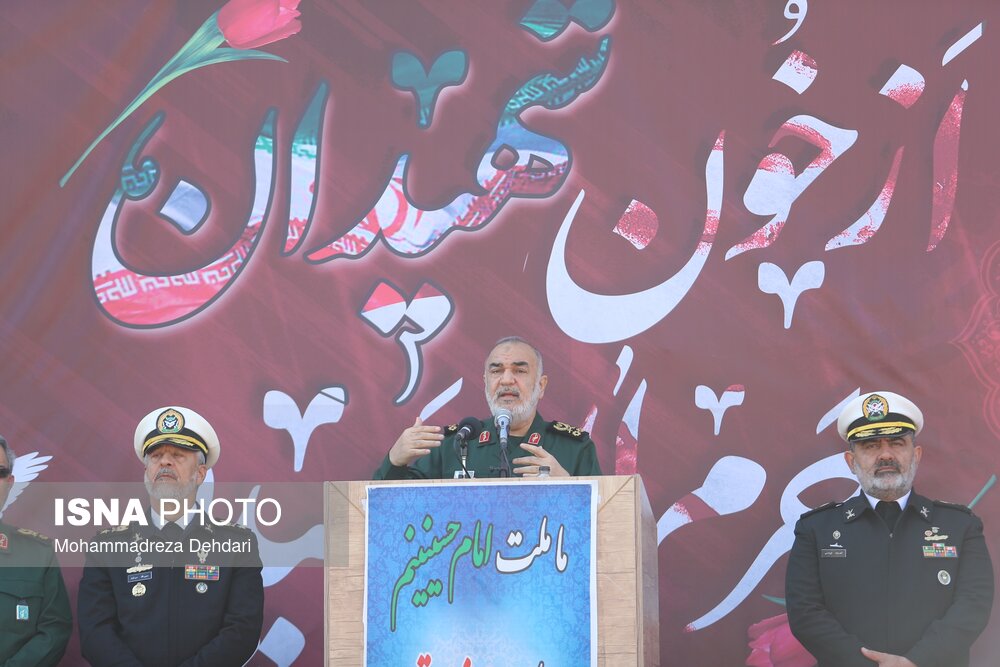 A top Iranian military commander says the United States, the Israeli regime and Saudi Arabia are behind the recent conspiracies in Iran, reiterating that the Islamic Republic “will take revenge for all the riots and acts of terror in the country.”

“The plot unfolding in the country these days is hatched by the US, Israel and the Saudi regime because they have suffered tough defeats over the past 43 years at the hands of the Iranian nation,” said Major General Hossein Salami, the commander of Iran’s Islamic Revolution Guards Corps (IRGC).

“This comes as the Iranian nation has humiliated these cronies of global hegemony in such a way that they are always planning to harm Iranian people,” said the top general in a funeral procession held for victims of the recent terror attack in Iran.

He added the US paints an untrue picture of Iran and seeks to create the impression that the country is an underdeveloped one full of unemployed people as well as closed factories and universities.

Elsewhere in his remarks, the senior commander underlined that rioters instigating unrest in Iran have been deceived by the US and its allies.

“The United States wants to destroy our religion, and the deceived young people should know that there are very few of them, and that they should not betray their country,” he noted.

“The river you are swimming in is a dirty one and you will drown in it; so, return to bosom of the nation before it is too late,” he said, addressing rioters.