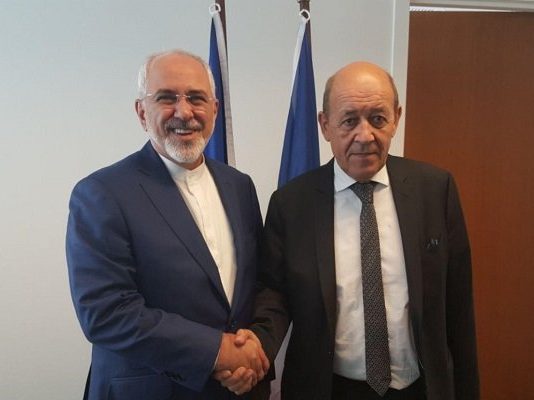 During the Tuesday conversation, which was the second phone call between the two sides within the past few days, Zarif and Le Drian also exchanged views on regional issues.

While the US administration’s threatening language about the JCPOA has raised concerns in the international community, all other members of the Group 5+1 (also known as E3+3) have backed the multilateral agreement and have confirmed Iran’s commitment to the accord.

Last week, leaders of Britain, France and Germany reaffirmed their commitment to the JCPOA after US President Donald Trump refused to certify the multilateral nuclear agreement.

British Prime Minister Theresa May, French President Emmanuel Macron and German Chancellor Angela Merkel said they “stand committed to its full implementation by all sides”, noting that they “take note of President Trump’s decision” not to recertify Iran’s compliance with the JCPOA to the US Congress and were “concerned by the possible implications.”