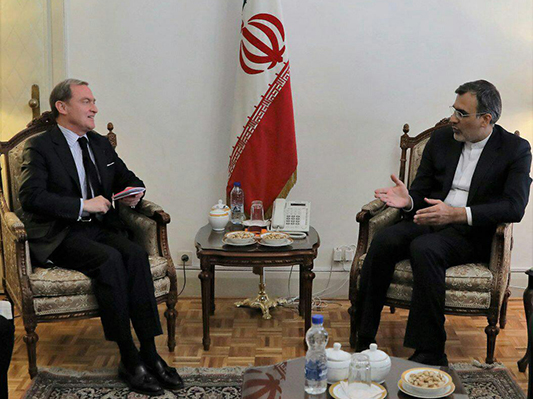 During the Tuesday meeting held in Tehran, the two sides conferred on regional cooperation between Iran and France, the roots of Syria crisis, and the ways to resolve it.

Gellet underlined the French government’s determination to end the crisis in Syria in a political way, and expressed the hope that Tehran and Paris would be able to work together and use their influence and role to encourage intra-Syrian talks and help resolve the crisis as soon as possible.

Jaberi Ansari, for his part, elaborated on the three principles of Iran’s policy towards regional crises, which includes fighting against terrorism and extremism, refraining from weakening the central governments, and carrying out political reforms based on the people’s demands.

He also voiced Tehran’s preparedness to cooperate within the framework of these principles in order to restore peace and stability to Syria.