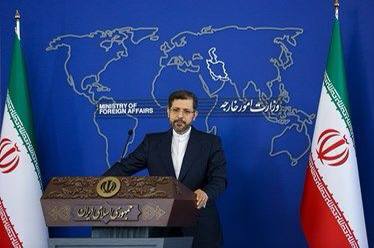 Iranian Foreign Ministry Spokesman Saeed Khatibzadeh has dismissed a report on the future operations of the Afghan embassy in Tehran.

Earlier, Iranian news website Asr Iran reported that the Iranian government has decided to hand over Afghanistan’s embassy in Tehran to the Taliban without recognizing the Taliban government.

“Diplomatic operations of the Afghan embassy in Tehran, just like all other foreign embassies, fall within the framework of the principles and regulations defined in the 1961 Vienna convention on diplomatic relations, and no change in them is possible,” Khatibzadeh said in a statement.

Asr Iran also claimed that the ambassador of former Afghan government to Tehran has already left Iran for a European country.

The foreign minister of the provisional government of the Taliban is now in Tehran for meetings with Iranian officials, which are focused on economic relations between Iran and Afghanistan.