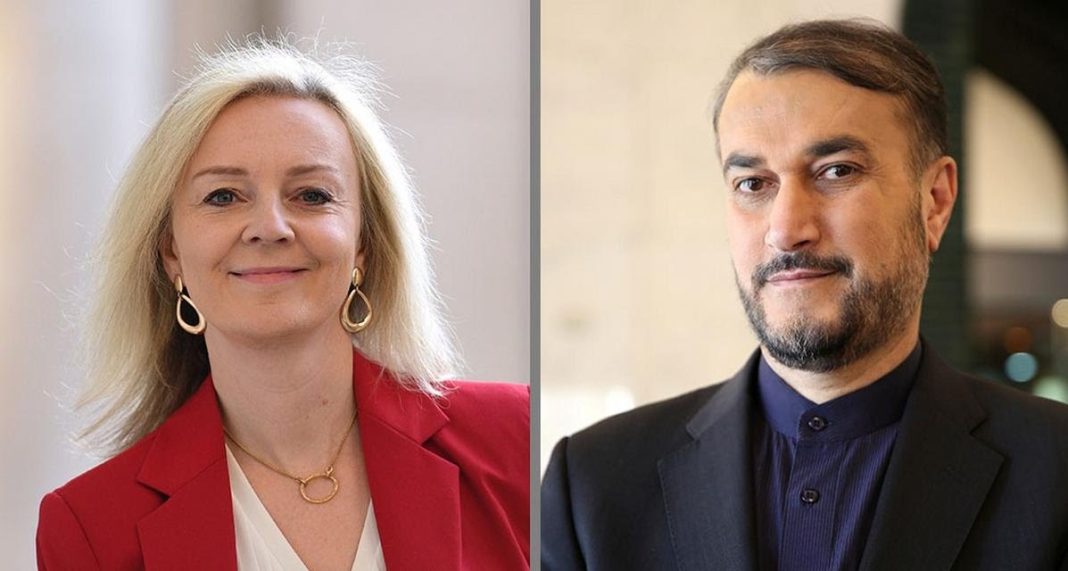 The Iranian foreign minister says good progress has been made during the Vienna talks, but to expedite efforts to reach an agreement requires serious will on the part of the Western sides to adopt brave and pragmatic political decisions.

Hossein Amir Abdollahian, in a phone conversation with British Foreign Secretary Liz Truss, added the western side should guarantee and ensure Iran’s interests, especially with regards to the objective removal of sanctions, in order to work out a lasting agreement.

He expressed hope the European countries present in the talks will, through a realistic look, play a constructive role in clinching a deal.

The top Iranian diplomat also touched upon the talks he held, in Munich, with his German counterpart as well as Joseph Borrell, the European Union foreign policy chief, adding, “We made good progress during those talks,”

The two sides also emphasized that the settlement of Britain’s overdue debts to Iran is among the key issues of mutual concern, adding it is essential that the issue be resolved through proper channels and London’s arrears to Tehran be settled.

During the phone conversation, the UK foreign secretary reviewed the latest status of bilateral relations as well as talks to resolve the issue of London’s overdue debts to Tehran, and elaborated on her country’s viewpoints on that issue as well as on the Vienna negotiations.

She said Tehran-London growing ties will serve the interests of both sides.
She noted good achievements have been secured in the Vienna talks so far. However, she said the negotiations should come to an end with a result desired by all sides.

She expressed hope that bilateral issues, namely consular affairs related to prisoners as well the settlement of Britain’s overdue debts to Iran, will be resolved in the near future through constant cooperation between the two sides.