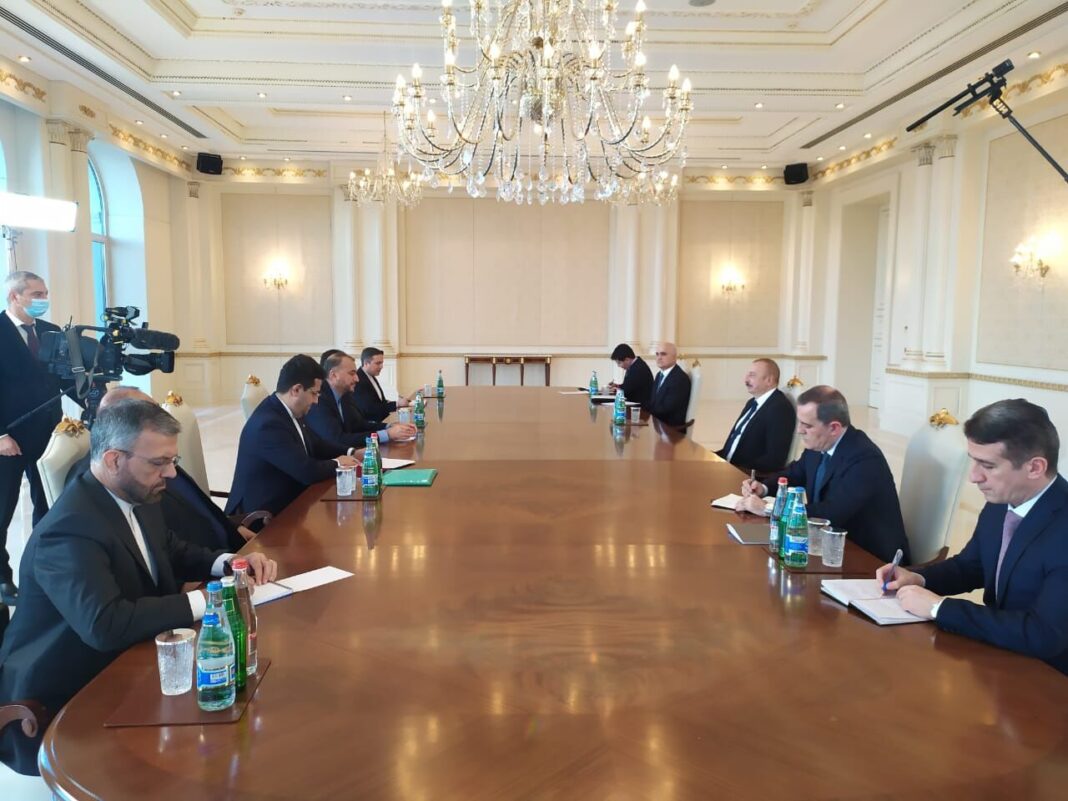 Iranian Foreign Minister Hossein Amir Abdollahian has welcomed the expansion of bilateral ties with the Azerbaijan Republic and what he called “unique commonalities” between the two countries.

The top diplomat also talked about the presence of the Islamic Republic in the so-called 3+3 mechanism, where also the Azerbaijan Republic is involved, stressing that such cooperation helps strengthen peace and stability in the region.

Amir Abdollahian further underlined that forces from beyond the region have no right to interfere in regional affairs and that regional countries can resolve their issues among themselves.

During the meeting, Aliyef also highlighted the significance of the two countries as neighbors and Muslim nations.

“We are willing to expand bilateral relations in the political, economic and cultural spheres. Key projects between the two countries should be finalized,” he said.

The Azerbaijani president also described his recent meeting with his Iranian counterpart Ebrahim Raisi on the sidelines of the summit of the Economic Cooperation Organization in Ashgabat as “fruitful”.

“During the meeting with the Iranian president in Ashgabat, the friendship and brotherhood between Iran and the Azerbaijan Republic were once more reiterated and [both sides] underlined the need for more steps for expansion of ties in the political, economic, trade and cultural arenas,” he said.

The Iranian foreign minister arrived in Baku for a one-day visit Wednesday. He also held talks with his counterpart as well as the Azerbaijani parliament speaker during his visit.