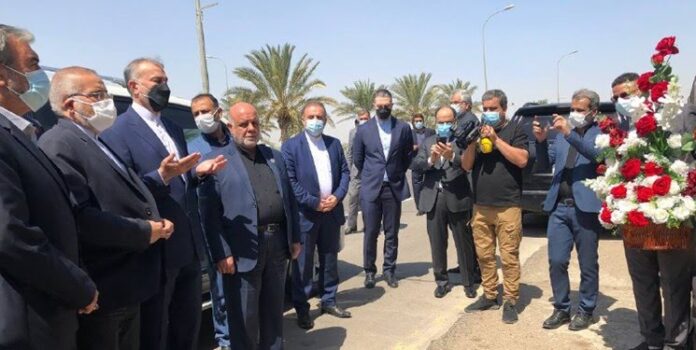 General Soleimani and Abu Mahdi al-Muhandis were assassinated in a US drone strike in Iraq in January 2020. Amir Abdollahian laid a wreath at the memorial site.

He spoke to reporters about the incident, saying the drone strike was a terrorist attack against General Soleimani whom he praised as a national and international hero of fighting terrorism.

He added that Iran will seriously pursue the matter through international legal channels and will bring those responsible for the crime to justice.

He said the US must be held accountable and Iran will not allow those who were behind the crime to get away with it.

Iran’s foreign minister is in the Iraqi capital to attend a regional summit there.