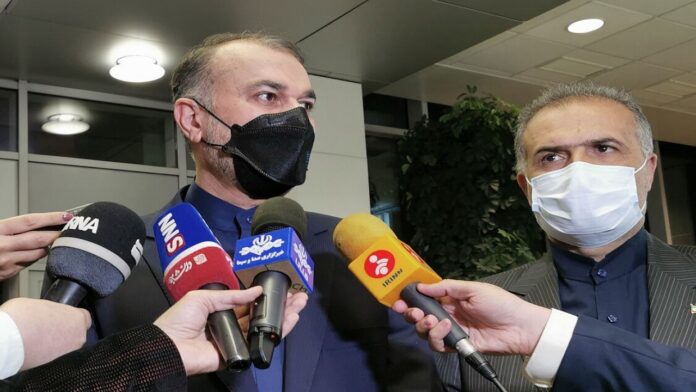 Iran’s foreign minister has called on Russia to be vigilant against any possible change in the borders in the region.

“Our expectation from Russian government officials is that they are vigilant against any possible change in regional borders, presence of terrorists and the moves by the Zionist [Israeli] regime, which are against regional peace and stability,” Hossein Amirabdollahian told reporters on Tuesday upon arrival in Moscow.

He was referring to Russia’s failure to take a clear stance regarding the recent developments in the South Caucasus region following the war between Armenia and the Azerbaijan Republic, which saw the latter take control of part of the Nagorno Karabakh region, in the vicinity of Iran.

“During the talks with Russian officials, we will hold detailed discussions on this issue,” Amirabdollahian added.

He also said Iran has conveyed to Russia “our common concerns and our viewpoints on this issue” through diplomatic channels and during regular phone calls with Russian officials including the country’s foreign minister.

The top Iranian diplomat expressed hope “good agreements” come out of his talks with his Russian counterpart on Wednesday on how to stabilize the situation in the region.
Amirabdollahian, who is visiting Moscow on an official invitation from Russian Foreign Minister Sergei Lavrov, also said he will use his visit to further upgrade bilateral ties between Tehran and Moscow.

“During the visit, in addition to mutual relations, we will hold discussions on the latest regional developments, including the situation in the South Caucasus and the latest developments in Afghanistan,” Amirabdollahian said.

“Tehran and Moscow have enjoyed close regional policies over the past years and good and constructive steps have been taken with regard to common interests. We hope we use this potential to further expand bilateral ties between the two countries.”