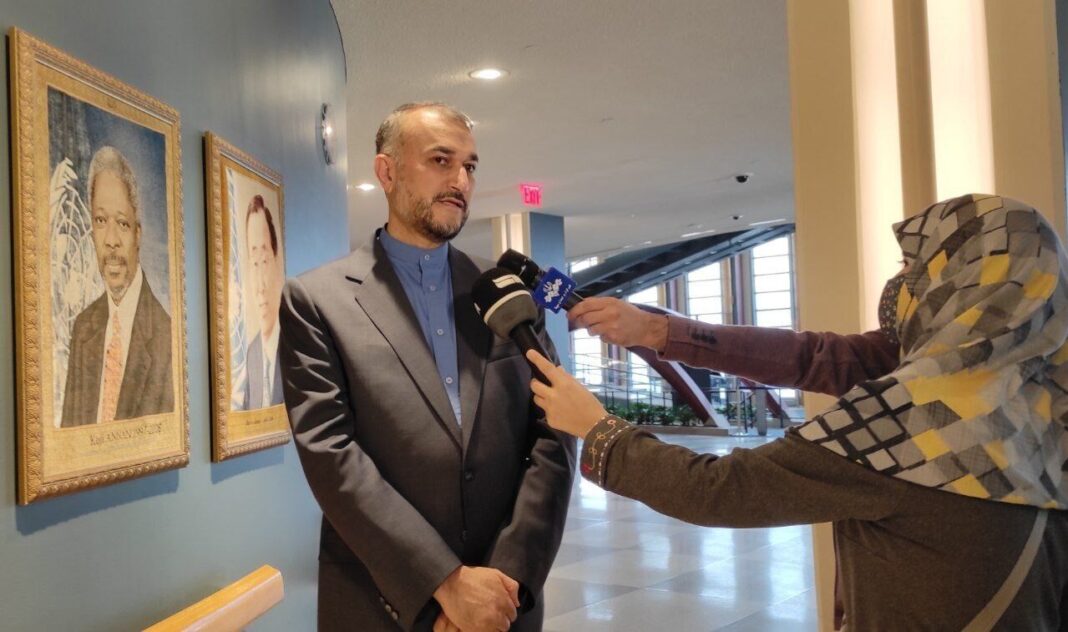 Iran’s Foreign Minister Hossein Amirabdollahian says the Islamic Republic will judge the United States by its actions not words.

“Of course, we made it clear in the United States that we will make a judgment based on the practical behavior of Americans, and that conflicting American messages conveyed to us through the media or diplomatic channels will not be the basis of our final decision,” Amirabdollahian told the IRIB on Saturday at the end of his five-day visit to New York to attend the United Nations General Assembly meeting.

The Iranian foreign minister said the path back to the Iran nuclear deal was a topic of serious discussion in his meetings with United Nations Secretary-General Antonio Guterres and foreign ministers of France, Germany and Britain as well as the High Representative of the European Union for Foreign Affairs and Security Policy Josep Borrell.

He also criticized decision-makers in the United States for hasty and irrational behavior and blamed it for the current situation in Afghanistan which he said is experiencing the consequences of “inefficient American policies”.

The top Iranian diplomat said he openly explained the behavior of Americans, especially in a closed-door meeting with the heads and directors of American think tanks and professors of international relations during his trip to New York.

Iran and the remaining parties to its nuclear deal, known as the Joint Comprehensive Plan of Action, have held several rounds of negotiations on a possible U.S. return to the deal. The U.S. insists that it wants to return to the deal but is still fully enforcing the unilateral sanctions that were re-imposed by former U.S. president Donald Trump who withdrew America from the JCPOA in 2018.