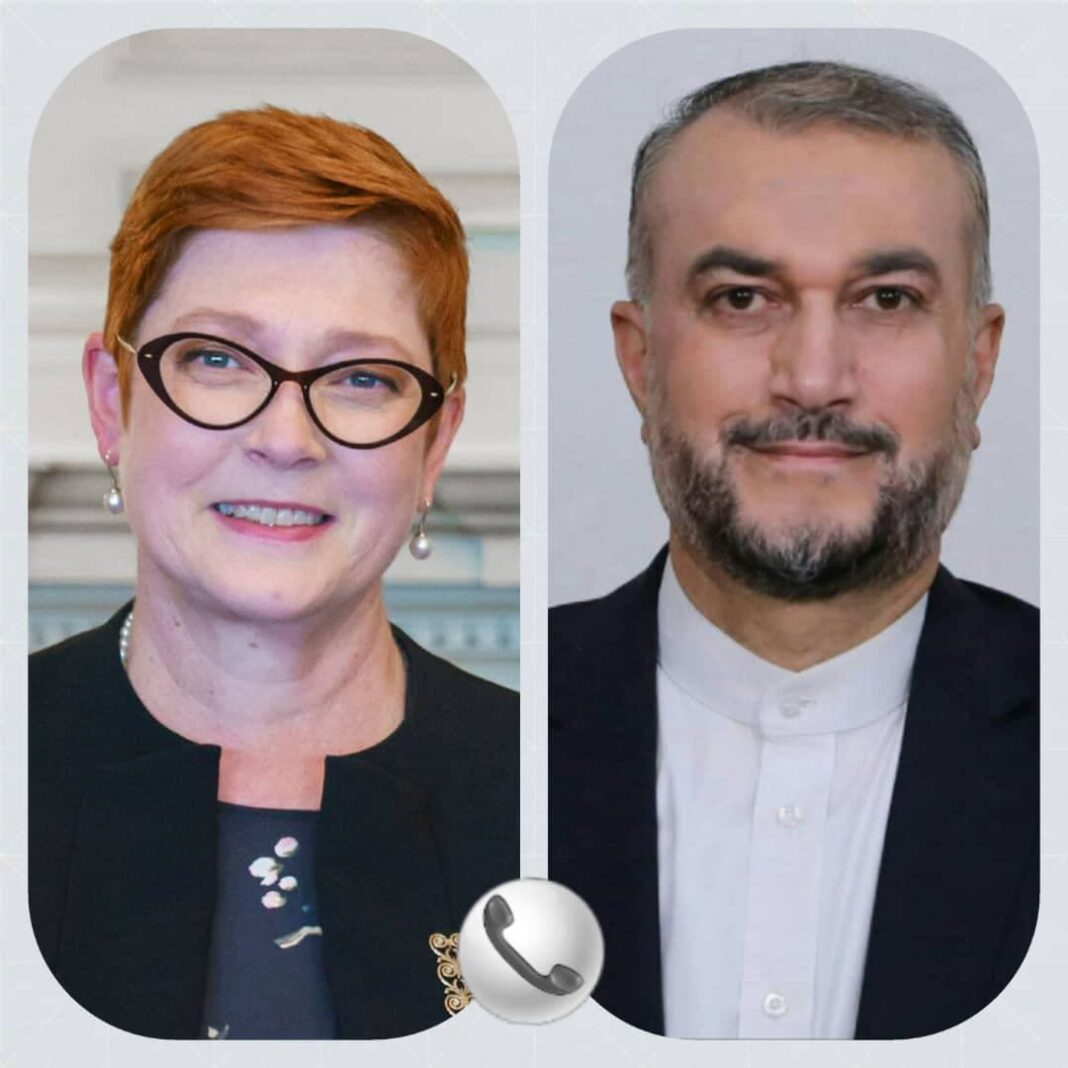 Iranian Foreign Minister Hossein Amir Abdollahian says Tehran is open to a good agreement in the Austrian capital Vienna where negotiators of Iran and the P4+1 group are trying to revive the 2015 deal.

Amir Abdollahian made the remarks in a phone conversation with Australian Foreign Minister Marise Payne on Tuesday.

The top Australian diplomat said her country supports the negotiations in Vienna.

Also referring to the capacities of bilateral relations, Amir Abdullahian announced Tehran’s readiness to expand cooperation between the two countries in different fields, including trade, investment and scientific exchanges.

He described the development of the Iranian-Australian Spikogen coronavirus vaccine a successful example of constructive collaboration.

Amir Abdollahian called on Canberra to pay special attention to the rights of Iranians living in Australia and especially the consular status of some Iranian citizens who are facing problems in Australia.

Referring to Iran’s role in the fight against terrorism in the region, the Iranian foreign minister called on Australia to deal responsibly with active members of terrorist groups in her country.

The two top diplomats also touched upon the situation in Afghanistan. Referring to the plight of the displaced people in Afghanistan and the daily arrival of several thousand Afghans in the border provinces of Iran, the top Iranian diplomat reiterated the need for the international community’s attention to the situation of refugees and the formation of an inclusive Afghan government.

Marise Payne expressed hope that the two countries would work closely together on Afghanistan to encourage the Taliban to live up to their commitments and to make sure that Afghanistan will not become a safe haven for terrorist groups and transnational crimes.