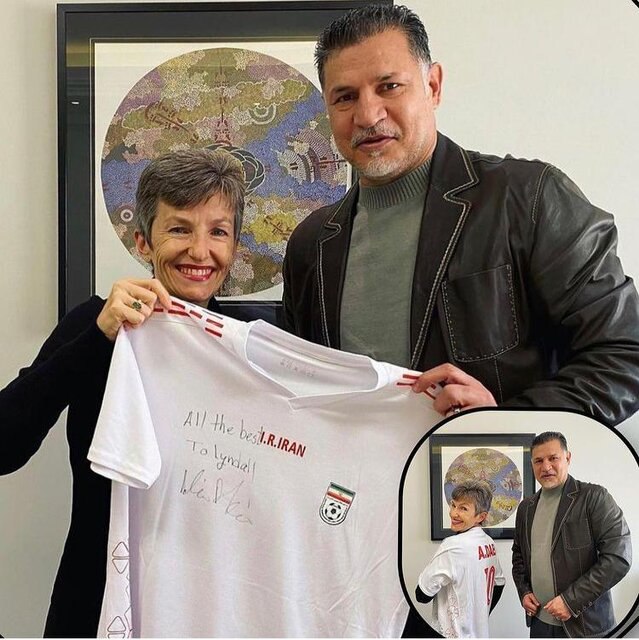 Former Iranian footballer Ali Daei has given a shirt of Iran’s National Team to Australian Ambassador to Tehran Lyndall Sachs.

On Wednesday morning, Daei went to the Australian Embassy on the occasion of the Iran-Australia match anniversary. It was a 1998 FIFA World Cup AFC–OFC qualification play-off. Iran and Australia drew 2-2 in that match and Iran qualified for the 1998 World Cup on away goals.

Karim Bagheri and Khodadad Azizi scored for Iran in that match. Daei was a prolific goal scorer and was known for his heading accuracy and ability in the air.

He was the world’s top international goal scorer with 109 goals until his record was broken by Cristiano Ronaldo in 2021.

Daei was the captain of the Iranian national team between 2000 and 2006 and played in the German Bundesliga for Armenia Bielefeld, Bayern Munich and Hertha Berlin.

He is known as one of the best soccer players of all time.