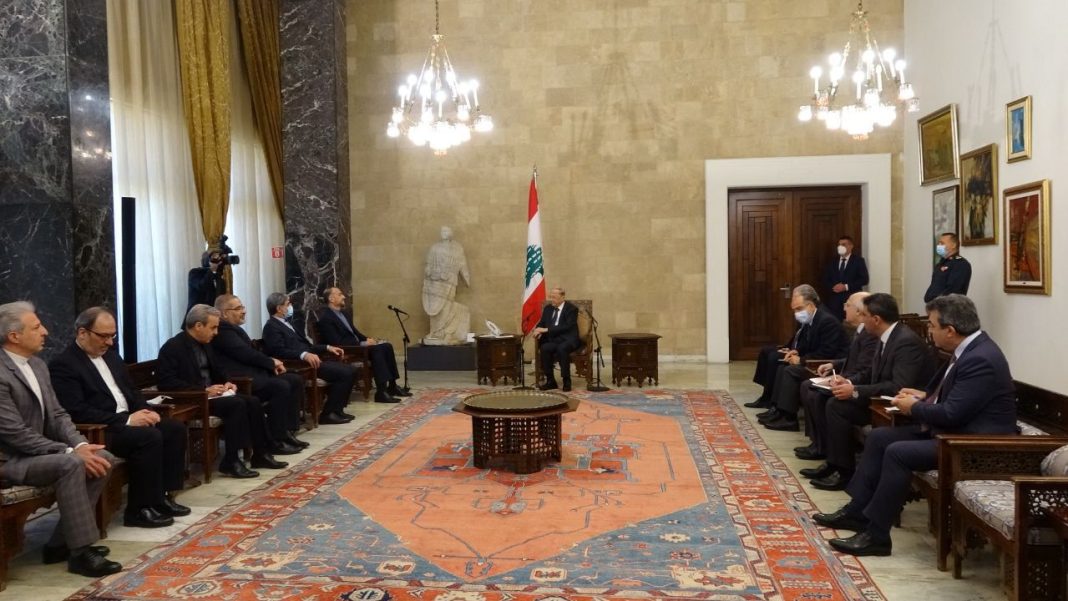 Iranian Foreign Minister Hossein Amir Abdollahian held a meeting with Lebanon’s President Michel Aoun on Friday morning to discuss a range of issues such as the expansion of bilateral ties as well as regional and international developments.

In the meeting, Amir Abdollahian said, “We closely monitor the developments in Lebanon and are a friend and a supporter of this country both in difficult days and during the times of calm. We are ready for all types of cooperation with this friendly country in its current difficult juncture.”

The Iranian foreign minister pointed to the fast pace of developments in the region and said, “We believe these developments will be in the interest of Lebanon and the entire region.”

He added, “Based on the information that we have, we are positive regarding the region’s future and the outcome of negotiations.”

Amir Abdollahian voiced the Islamic Republic’s preparation to make use of its own capacities to play a role in resolving the crisis in Yemen.

The Islamic Republic of Iran, he added, welcomes Syria’s relations with the region and Arab countries.

He further conveyed Iranian President Ebrahim Raisi’s greetings to Aoun and handed over his invitation for the Lebanese president to make a visit to the Islamic Republic.

For his part, Aoun pointed to the economic hardships facing his country and said any problem in the region negatively affects Lebanon and, inversely, any problem in Lebanon leaves a negative impact on the region.

“Unfortunately, we are living in a region where there is a web of problems. While the Arab states are agitated, we are suffering from the issue of Syrian refugees; therefore, we should move toward stability,” the Lebanese president said.

Aoun said Lebanon’s resistance movement, which has the support of the Islamic Republic of Iran, managed to grow in the south and brought peace of mind to the country, but Lebanon comes under pressure because of the very same resistance movement.